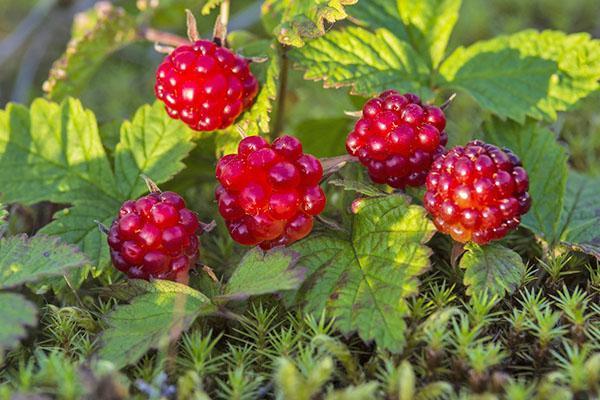 The prince’s berry is a representative of the pink family. It is a plant that prefers the cold and temperate zones of the Northern Hemisphere. Because of its place of growth and appearance, the crop is often referred to as arctic raspberry. What the prince’s garden berry looks like can be seen in the photo below. 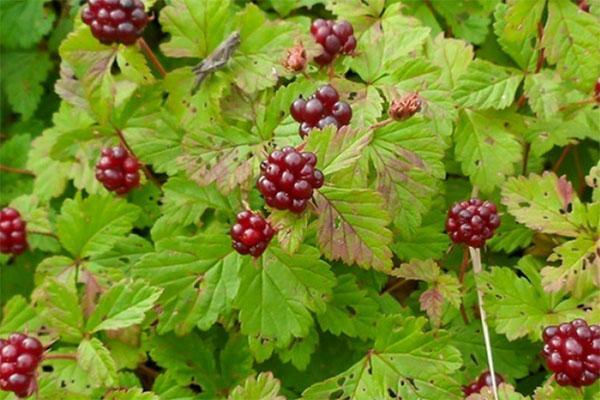 The prince grows in the form of a bush, the height of which does not exceed 50 cm. Flowering begins in late spring and continues until mid-summer. The leaves consist of three symmetrical parts, a light green shade.

The leaves are often used for brewing tea as they have many positive qualities..

Other names for the princess berry: 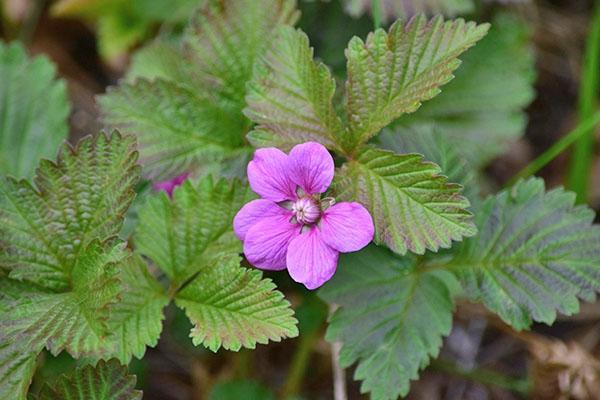 At the end of flowering, fruits are formed, which are harvested at the end of August. The berries of the princess resemble blackberries, raspberries or cloudberries. The harvest is always small, about 150-250 g per square meter.

Based on the fact that the plant is northern, in cold regions the prince ripens better than in the southern.

Since ancient times, the princess has been in demand among the northern peoples as a remedy against scurvy. In addition, the berries were used to treat colds, rheumatism, and also if there were liver problems..

For coughs, bronchitis and other respiratory diseases, the most effective is a decoction of dried or fresh fruits of the princess. A similar product is also used to rinse the mouth and throat..

All parts of the plant are valuable. The princess’s leaves are used to make compresses. They are effective in combating allergies.

The princess has found its application in cooking. It is included in numerous desserts, and is also used to prepare drinks.. 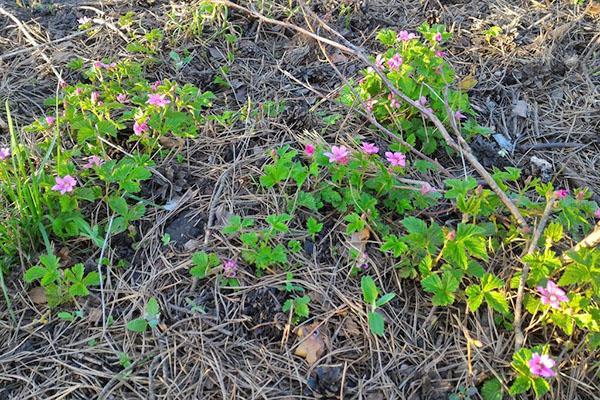 An important event for the full-fledged cultivation of a princess is the choice of a place for planting. The site should be well warmed up by the sun, and also be dry, because the plant does not tolerate waterlogging of the soil.

The work is carried out in the following sequence:

The composition of the soil should be loose and rich in nutrients. For these purposes, garden soil is mixed with peat, sand, compost. It is also recommended to add some wood ash to saturate the substrate with potassium. This component is very important for this plant.. 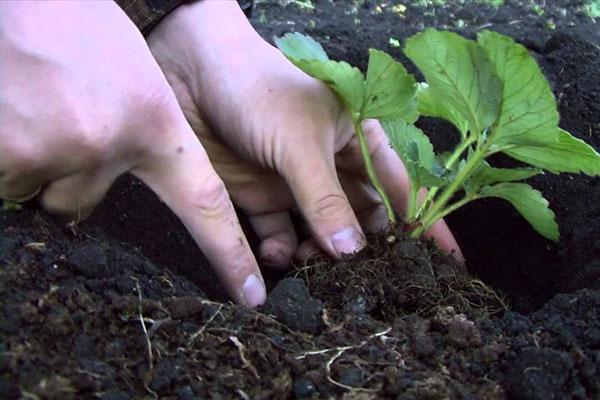 The plant is best planted in a checkerboard pattern. There should be a distance of about 25 cm between the specimens.As for the length of the beds, the optimal indicator is 50 cm.

It is best to plant several varieties of the princess in one bed so that they are pollinated.

The princess planting is carried out both in the spring and in the fall. But, before proceeding with this procedure, it should be remembered that the air temperature should not be lower than +50 C. Even with minimal frosts, the seedlings will not take root.

Growing and caring for a plant

In order for the bush to quickly please with flowering and berries, it is necessary to plant it correctly. It is also recommended to pay special attention to care.

Weeding the soil, loosening it and watering it 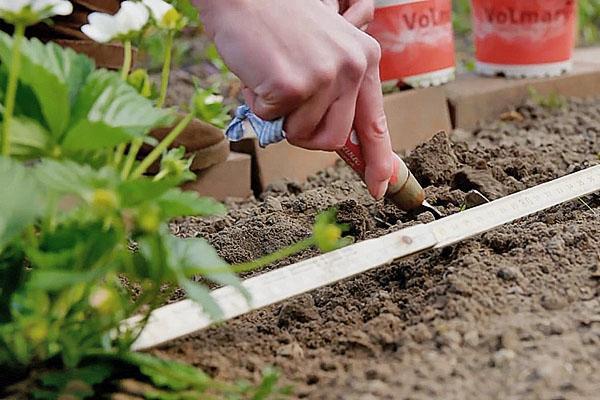 Regular removal of weeds, weeding, watering and loosening the soil is the key to a beautiful and healthy plant..

As for irrigation, it is necessary to carry it out regularly, especially during the hot season. If the indicators of the thermometer are moderate, then watering is carried out only when the topsoil dries well. Weeding and loosening should be done every three days..

They begin to fertilize the plant only a year after planting. Different formulations are used as dressings. Best of all, this type of berry reacts to organic and nitrogen preparations.. 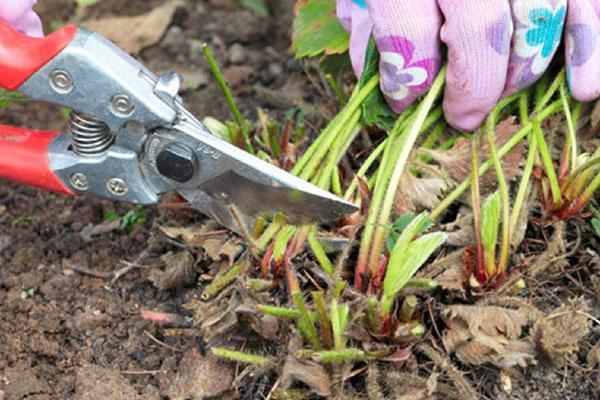 Like any shrub, the princess needs pruning. It is worth removing damaged and dried branches. This procedure will help new shoots develop faster. It is best to carry out pruning activities in early March or late November..

Preventive measures against diseases and pests

Diseases and pests often attack the princess. They have a detrimental effect on her development and growth. Therefore, you need to very carefully monitor the appearance and condition of the bush. To prevent the attack of pests and the occurrence of diseases, the plant is sprayed with special compounds that are sold in any specialized store.

The berry is harvested when it acquires a red hue. Often, this procedure is carried out in several stages. Harvested in mid-summer to early September.

It is necessary to pick berries in the afternoon, when it is warm and dry outside.. 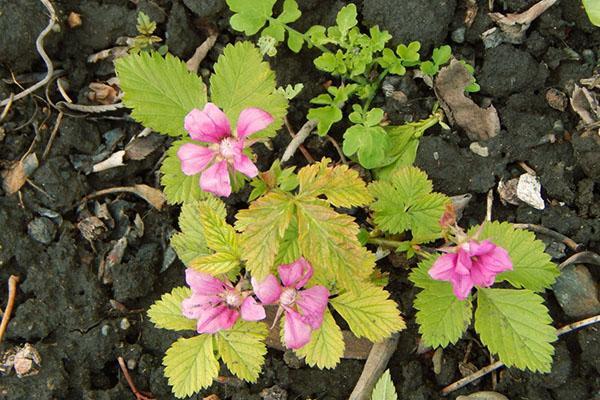 You can grow a young plant by dividing the rhizome or by seeds. The second option is more complex. However, if you know all the subtleties, you will be able to grow a beautiful and healthy bush..

To grow a young plant by dividing the root system, it is necessary to separate a part from the mother bush, and then plant it in a new hole.

The princess or arctic raspberry is a very beautiful bush that has an original color. The berries of this plant have high taste, are rich in various vitamins and minerals. If you adhere to all the rules for cultivation and care, then you can collect a bountiful and high-quality crop..

The prince in the country garden – video