Planting and caring for black radish in the country 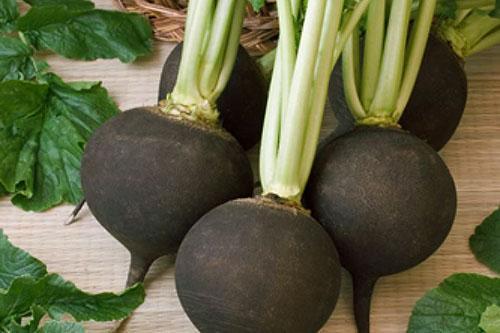 Black radish is not a variety. It is a variety with early, medium and late sowing varieties. The features that distinguish the species are the dark rind and the greatest sharpness of the pulp. The cultivation of black radish in Russia is carried out in the XII century. It was used as an extremely useful and medicinal vegetable. Culture came from the East and fell in love with the people for its beneficial properties and productivity. 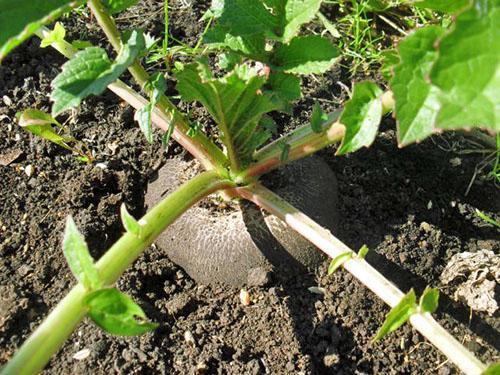 Among the people, varieties of medium and late ripening with black peel and white pulp are very famous. It is imperative to maintain the timing of sowing radish seeds, since the length of the day is of great importance for the development of plants. Distinguish:

The recommended planting dates for black radish, planting and care techniques are always on the seed packages, they must be adhered to. Varietal characteristics allow, with proper culture management, to avoid shooting or cracking of root crops. This is especially important for a product intended for winter storage. All varieties of black radish have a two-year growing season, which means that you can get seeds only in the second year..

Usually, black radish is planted on the bed that has been vacated after early salads or onions when the recommended period comes up. Before that, the soil is well dug up and filled with fertilizer. Experienced vegetable growers believe that radish will be more juicy if grown on mineral fertilizers without adding compost. At the same time, the land should be loose and fertile..

The garden bed is dug up with the addition of a glass of ash, three tablespoons of superphosphate, and one each of potassium chloride and urea. The earth is dug to a depth of 35 cm, leveled and grooves or holes are made with a distance between plants of 15 cm and between rows of 30. Seeds are sown at a depth of about three cm, several times into the nest, so that later the strongest seedling will be left. During the growing season, the plants are thinned twice more in order to exclude the thickening of the plants..

The land at the planting site should always be wet and pubescent with ash, since it is at this time that cruciferous fleas are rampant. Seedlings will appear in a few days, and it will be an important task to protect them from the pest. Further care will include the following activities:

Keeping the soil moist removes the question of why the radish turns into color. In addition, hard clay soil can affect the quality of root crops. In such conditions, the radish grows clumsy and cracks. Therefore, the choice of planting site and soil quality will be the key to a good harvest. It is impossible to use fresh organic fertilizers as soil filling and top dressing..

Experienced gardeners are advised to swing the root crop a little during the growing process in order to remove the side roots. The plant, feeding only through the taproot, grows medium-sized and juicy.

Radish has a lot of pests. How to grow a commercial black radish? Do not allow carrot fly or cruciferous flea larvae to spoil the root crop. Through the damaged skin, bacteria and spores of putrefactive fungi penetrate into the pulp and such a fruit will not be stored. In addition, the radish can be damaged by the cabbage leaf beetle, aphids, slugs, rape flower beetle. 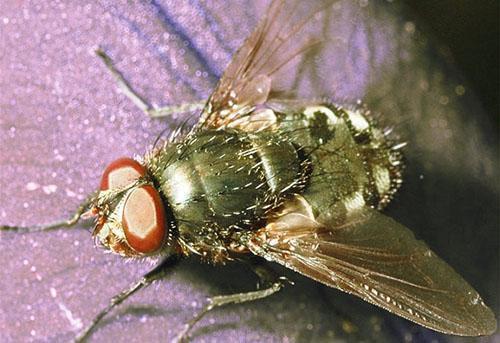 Biologicals and enzymes can be used to control pests. For example, lipocide or fitoverm. They decompose quickly and do not affect the quality of root crops. The thickened plantings are most damaged. Therefore, summer residents often use the edges of the beds for sowing and growing black radish, arranging rare holes around the perimeter of potato, onion, cucumber plantings in order to exclude common pests.

When to harvest black radish? 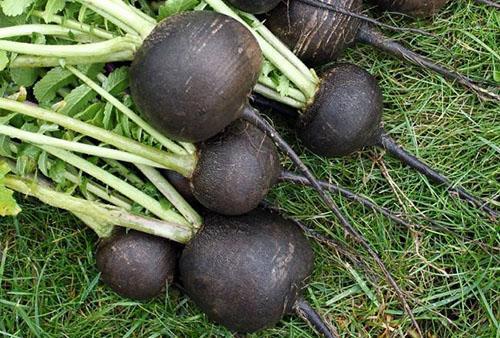 For storage, black radish of late and medium varieties is grown. These varieties include Skvirskaya black, Winter round black; Gaivoronskaya. The varieties can be stored for up to 200 days. To do this, it is necessary to remove healthy roots before the first frost, since frozen roots are not stored.

Late-ripening Gaivoronskaya radish gets a marketable root crop 110-120 days after sowing. A medium-ripening black winter radish is ready for harvesting in 80 days. When to harvest black radish depends on the selected variety..

For storage, the tops are removed from the root crops, they are slightly dried in a dark cool room and stored in the cellar. Radish contains mineral salts, trace elements and essential oils. A very useful product is also a remedy in traditional medicine.

However, millennia have passed, and radish continues to be a necessary vegetable on all continents. It is important to know that this product is contraindicated for those who have problems with diseases of internal organs in the acute stage.. 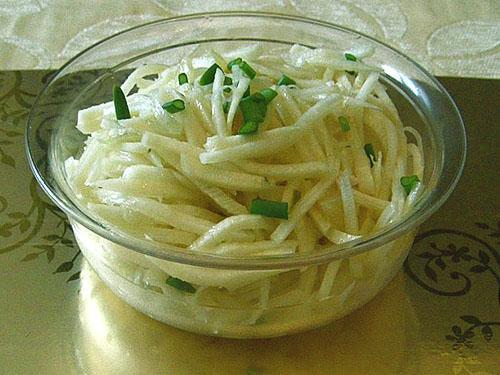 Dishes with the participation of black radish deliver potassium to the body, which stimulates life processes. It is a storehouse of mineral salts, vitamins and trace elements. However, the mustard oil and esters present in radish in high concentration irritate the kidneys, liver and gastrointestinal tract. For a healthy person, this action only stimulates the organs to work. Radish gruel can serve as a hair mask and compress on sore joints. Therefore, radish should be included in a healthy diet..

All about radish – video