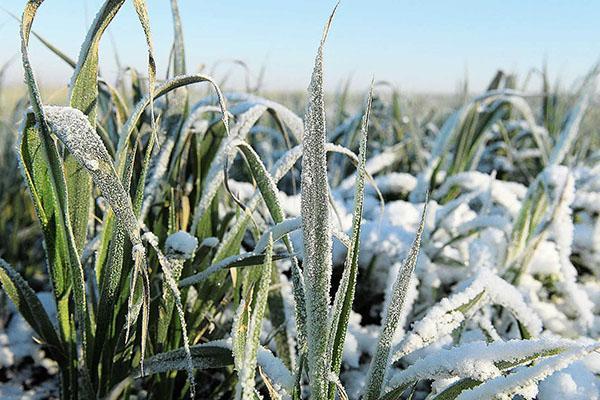 To restore the fertility and structure of the soil, organic fertilizers are systematically applied to the soil. However, if the farm does not have cow dung, then gardeners try to sow rye in the fall as a siderat. Winter varieties of this cereal crop provide a huge amount of green mass. Unlike the spring variety, which is planted in spring, this variety does not begin to spike ahead of time, but, on the contrary, forms dense bushes.. 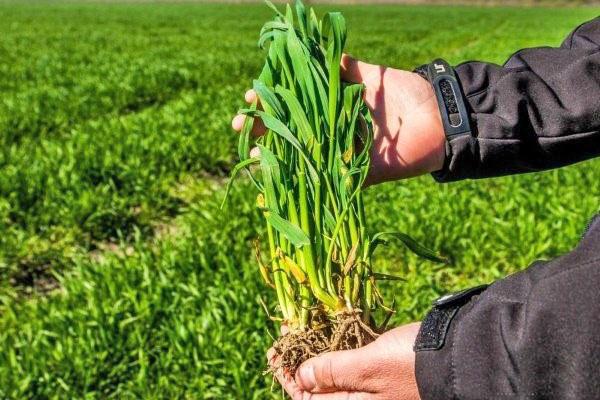 Winter rye grows well on any type of soil: acidic or alkaline, light or heavy. In addition, its delicate shoots perfectly tolerate severe frosts, as well as snowless winters with a prolonged drop in air temperature to -30˚С. In this regard, it is important to find out some of the features of its landing.. 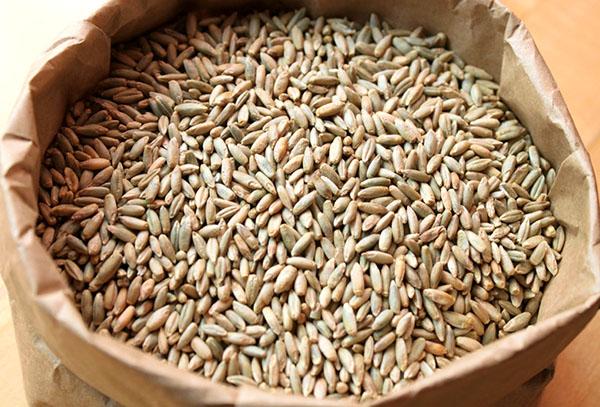 This cereal plant is in the TOP-3 of the best green manure crops in agriculture, since it saturates the soil with an incredible amount of nutrients than all other plants. Thanks to the fibrous root system, the sprouts of the culture grow so quickly that they manage to absorb all the nutrients before any weed grass. In addition, this cereal has a high biological activity, which allows it to obtain useful compounds from substances that are difficult to digest. However, the question arises when to sow winter rye as a siderat in order to maximize its full potential.. The cereal culture has one important feature – it is able to increase its biomass within 45 days. By the end of this period, it becomes fully winter-suitable..

Therefore, it is sown immediately after harvesting vegetables:

The terms given here will be optimal only for central Russia. However, in the southern regions, the best time to sow rye is usually October. This month, farmers completely remove all other crops from their gardens: beets, carrots and cabbage. In addition, the warm weather in this area lasts almost until the end of November..

If the greens of cereal plants outgrow, then the stems become too rigid. To process vegetation for fertilization, soil microorganisms have to absorb all nitrogen reserves from the soil..

Technology of growing rye as a siderat: how many seeds do you need and how to care for seedlings 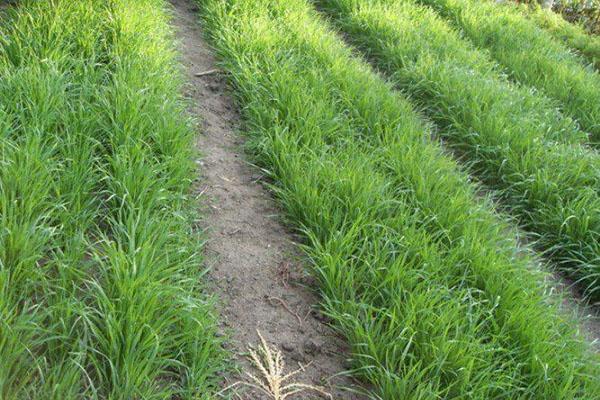 Many gardeners prefer to sow a cereal crop as the site is vacated. Others are waiting for the time when they will free him completely. They divide it into beds in 15 cm increments, or distribute seeds in a chaotic manner, sowing in bulk. However, after that, they do not go on vacation, but continue to look after their lands..

There are several features of growing rye as a green manure:

For sowing, it is recommended to buy last year’s seed. Too young seeds simply do not have time to go through a full-fledged ripening process, therefore, they have low germination. In addition, farmers are urged not to plant this cereal crop near fruit trees or shrubs. Otherwise, the plant will absorb all the available moisture reserves at the summer cottage..

The seeding depth for each type of soil is different. For sandy loam, this indicator is 5 cm, for clayey – 2 cm, and for all others – 3 cm.

Features of digging rye as a Sederate: the choice is up to the gardener 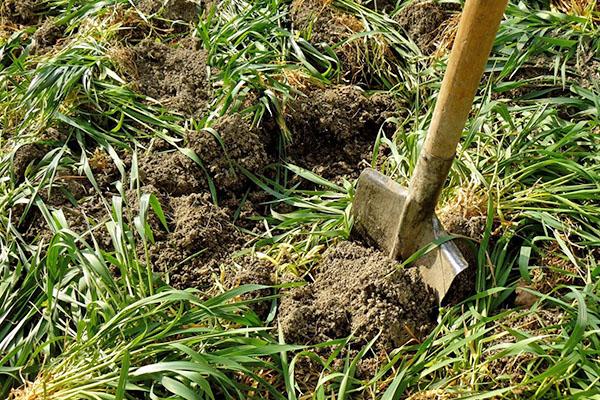 Sowing a cereal crop is only half the battle. The seedlings still need to be handled correctly. Now it’s time to find out what to do with the rye planted in the fall..

Still, it should be borne in mind that rye in the garden brings both benefits and harm. Planting it regularly in the same place leads to drying out of the land..

The manure contains a lot of weed seeds. If the farmer constantly brings organic matter into the garden, then he personally contributes to the cultivation of weeds in the country. However, by sowing rye like green manure in the fall, the grower protects the site from weeds. Among other things, dense crops of cereals trap snow and rainwater at the desired depth, thereby evenly distributing moisture and keeping it in the ground..

Sometimes the gardener does not have time to remove the crop, and it outgrows. In such cases, it is mowed and disposed of. And when young shoots appear, the soil is plowed again.

Rye as a siderat is not suitable for all crops 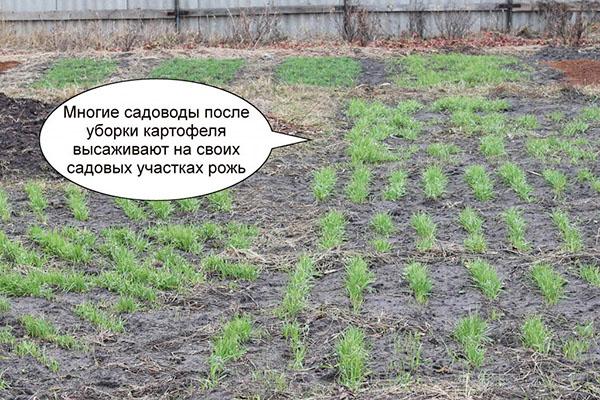 Since the cereal is sown in late summer or early autumn, it starts growing early enough in the spring. This happens when the temperature rises by only 2-3˚С. By the second half of April, the seedlings of the culture reach 30 cm and are suitable for repeated mowing. Based on these features, most often rye as a siderat is used for potatoes and other late crops..

It is sown in the areas designated for: 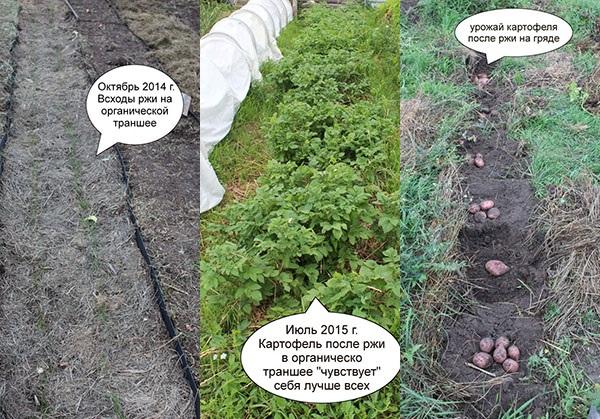 After the green manure, the soil becomes looser, as well as air and moisture permeable. Moreover, it is enriched with many minerals, because during decomposition, the culture releases a sufficient amount of phosphorus, nitrogen and potassium into the soil. At the same time, this cereal contributes to the destruction of pests such as wireworms and nematodes..

In addition, planting rye after potatoes inhibits the growth of malicious weeds: 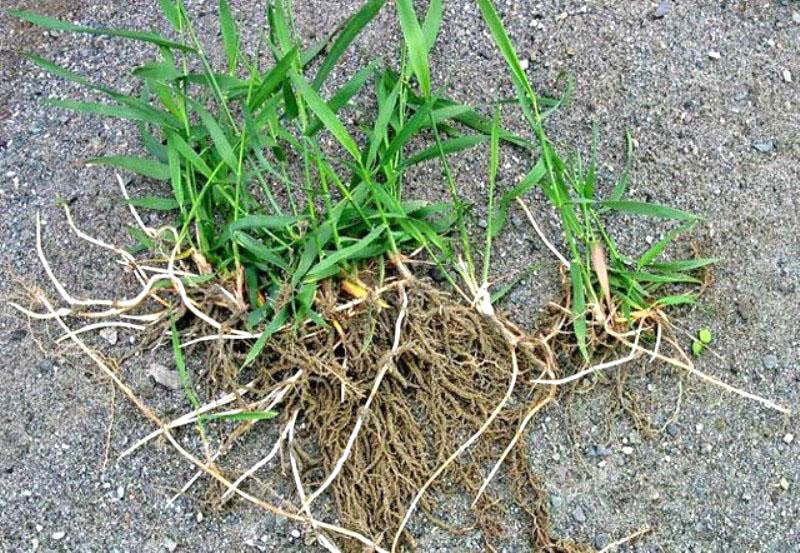 Farmers practice using several green manure crops at once. Sowing oats, vetch, ryegrass and phacelia in a company with rye saturates the site as much as possible with all useful macro- and microelements.

Rye is not a desirable precursor for nightshades and all other grains.

As you can see, it is better to use winter rye as a siderat in the fall, because it quickly gains green mass in the spring. Of course, the farmer will have to decide for himself when to mow and embed it in the soil. If he does everything right, then the garden will delight him with a rich harvest..