Schisandra chinensis in the country, features of planting and care 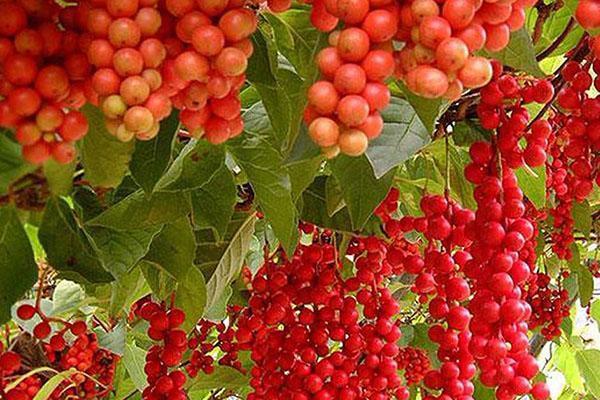 Schisandra chinensis is famous for its fancy berries. The culture grows in mountainous areas and in deciduous forests. The homeland of lemongrass is the lands of Japan, Korea, China. Also, the culture is developing well in Sakhalin, the Moscow region, the Urals. The care and cultivation of Schisandra chinensis is quite simple. Due to its unpretentiousness, summer residents increasingly prefer to see it on their plots. 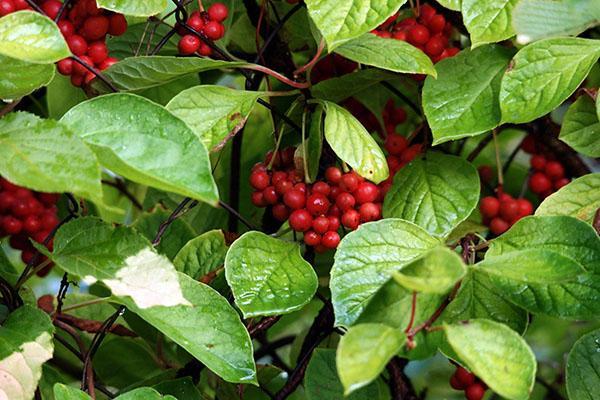 Schisandra chinensis is a perennial tree-like vine that grows in nature up to 150 meters long. The plant belongs to the Schizandra family. The stem is slightly wrinkled and well branched. Its thickness reaches 2 cm.Depending on the age, the shoots can have a different shade. In a young liana, the trunk is yellowish, and in plants older than 5 years, the color changes to brown-black.

Lemongrass leaves are arranged alternately. They are of medium thickness and are presented in the form of an ellipse. The upper part is bright green, and the lower part is much paler. The tops of the plates are pointed.

Far Eastern lemongrass or Chinese, as it is also called, has cross-pollination.

The buds of Chinese lemongrass in loose form are very similar to the flowers of actinidia. They are located on long pedicels and have a light pink tint. During flowering, a pleasant aroma is kept around the creeper, which can surprise all visitors.. 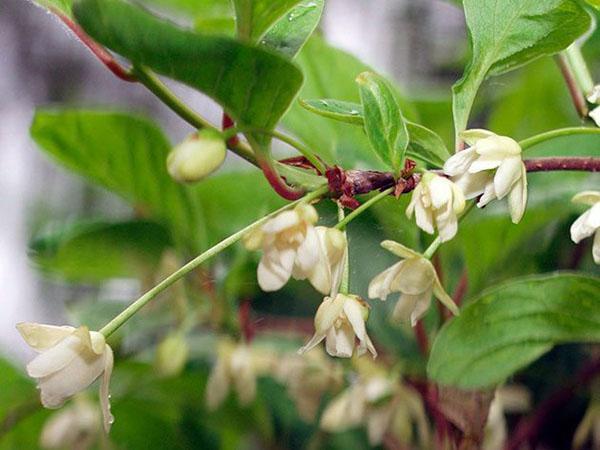 This period for lemongrass falls on the month of May. It lasts until mid-June. At the end of flowering, berries are formed. They are collected in spike-shaped brushes. Each of them can contain from 23 to 26 fruits.

Schisandra chinensis is a plant with spherical berries that have five flavors. Inside each there are two yellowish grains. Also, the seeds can turn brown or brown. Ripe berries have a rich burgundy tone. When chewed, a pronounced spicy, salty, sour, bitter and slightly pungent taste appears..

The uniqueness of this plant lies in the leaves. When rubbed, a pronounced lemon aroma appears. It was from this that the name of this plant came from..

Only a few varieties can be successfully grown in the dachas of the Moscow region, the Urals and Siberia:

Each of the above types has its own beneficial properties. Since ancient times, this plant has been used to treat many diseases. The fruits of this crop have different biological components. The pulp of berries is rich in essential oils, acids, carbohydrates and vitamin C.

A photo of the correct planting and caring for Chinese lemongrass can be seen below. Observing all the requirements, the plant will certainly delight you with a beautiful flowering and a bountiful harvest.. 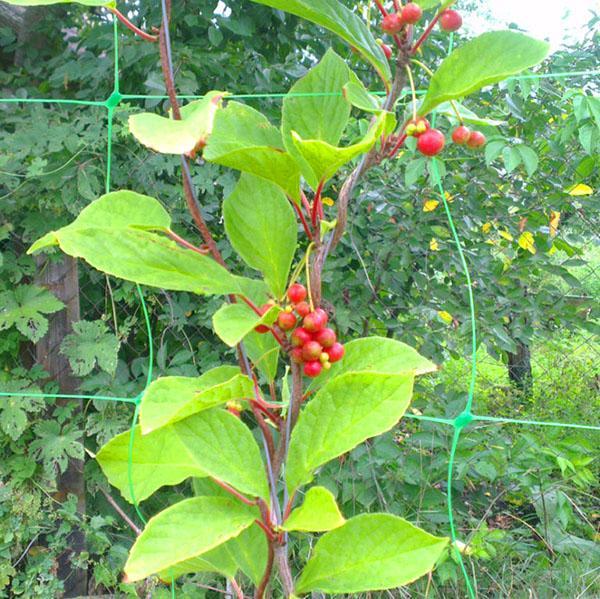 Liana does not need much care. To grow a beautiful plant, it is enough to follow the basic rules. Particular attention should be paid to the landing site. Much depends on the choice of the site. If you ignore the requirements, the vine can just dry up..

When planting and caring for Chinese magnolia vine in the Moscow region, take into account that the plant needs an eight hour daylight. 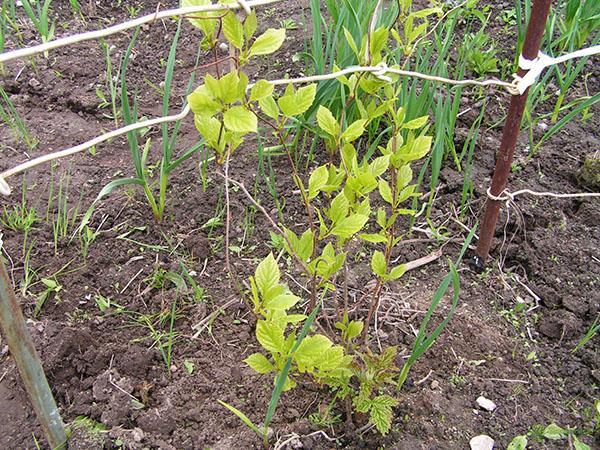 The plant prefers well-lit areas. The best place is the plots that are located on the south side. At the same time, it is important to ensure that no shadow from buildings falls on the vine. When planting and leaving Schisandra chinensis in the Urals, it is necessary to take into account that the plant is not in a draft. If you ignore this, then in winter, even frost-resistant varieties can freeze. 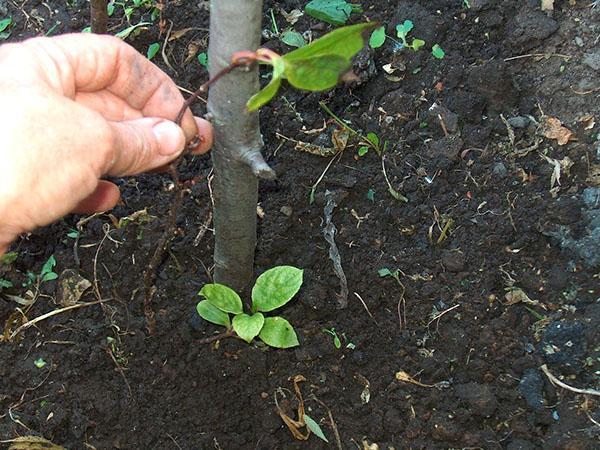 Before planting a young plant in open ground, you need to properly prepare the ground. The first thing to do is loosen. After the planting site is dug up, you will need to fertilize it. For this, it is better to use humus. Peat and wood ash are also good options. When planting, do not forget about drainage. It is recommended to lay pebbles or crushed bricks at the bottom of the recess..

Planting a plant must be carried out in soil that has warmed up to at least +100 С. 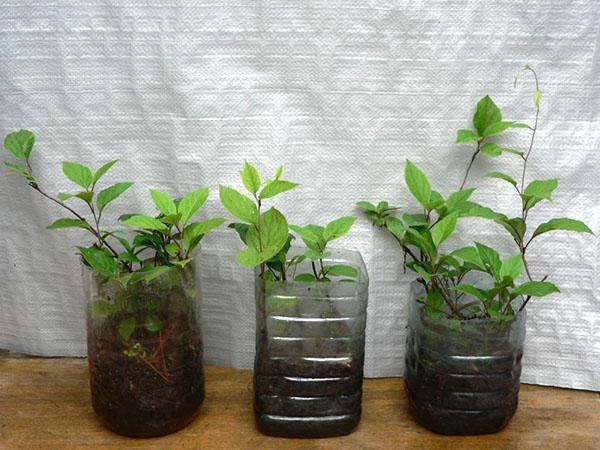 There are several ways to grow a young plant. The most common is cuttings. Liana, bred by this method, begins to bear fruit already in the second year of its life.. 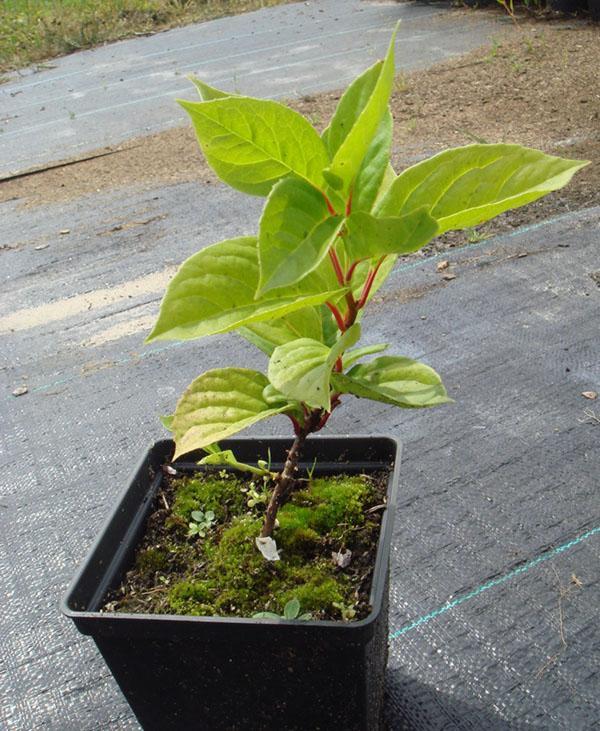 If there is a desire to grow lemongrass from seeds, they are placed in the soil in the fall. The procedure must be carried out before the onset of the first frost..

Young vines need to be watered every day. As soon as they are taken, the number of procedures can be reduced by half. If watering is carried out during the day, then it is better to pour water at the root. Adult plants in the hot season are irrigated with liquid at the rate of 5 buckets per vine. To keep moisture well in the area of ​​the root system, do not forget about mulching.. 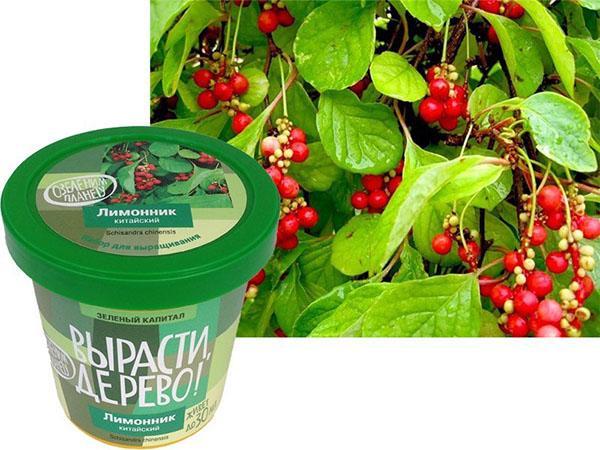 This is an important step in growing a plant. In order for the liana to be beautiful and give high-quality fruits, the culture should be fed three times a season. The first procedure should be carried out in the spring. During this period, nitrogen preparations are best suited. The second dressing should be applied after flowering. The best option in this case are organic products. The last procedure is recommended to be carried out after harvest..

Schisandra is a plant that practically does not get sick. Occasionally, it can be affected by powdery mildew, black spot, phyllocytosis. Problems like this mainly arise as a result of improper care. To get rid of pests, liana is treated with a fungicide, which can be bought at any specialty store.. 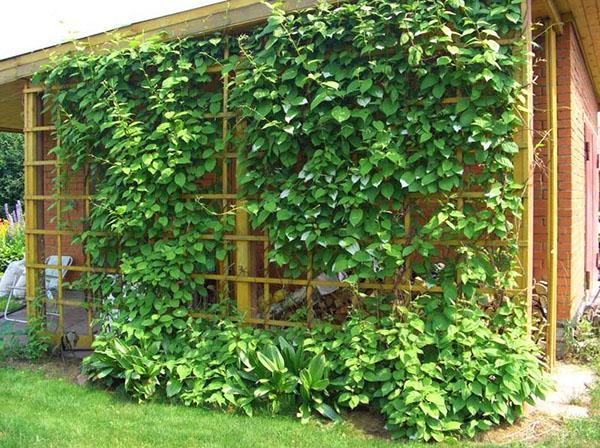 Everyone who dares to grow Chinese magnolia vine on their site will certainly be satisfied. It is not difficult to care for such a vine. Even a teenager can cope with such a task..