We study the cultivation of laurel in the open field 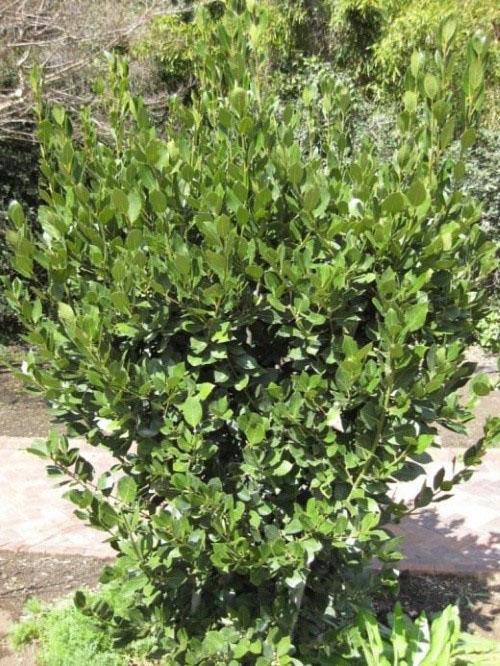 Bay leaf is an indispensable spice in the kitchen of every housewife. To have enough of it, it is not necessary to purchase whole lots, because growing laurel in the open field is within the power of everyone. Of course, in the northern latitudes, it is pointless to plant a tree in the garden due to its thermophilic nature. But in the south and even in the middle lane, laurel feels quite well in the garden. If you decide to always have fragrant leaves on hand, it is not necessary to crowd your flowers on the windowsill. You can plant laurel among garden trees. And how to do it and how to take care of it, we will tell you today.

Ways of planting laurel in the country 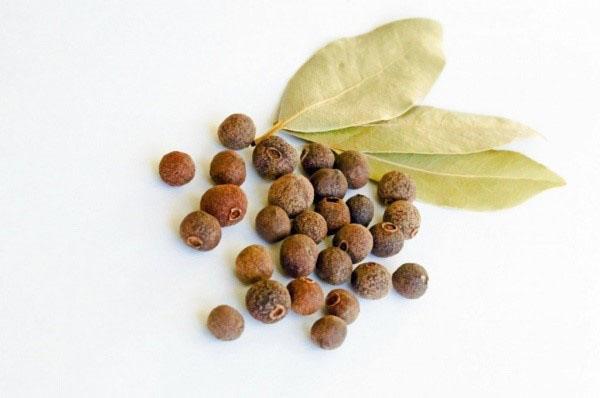 There are two ways to plant and propagate a bay leaf in the country:

Both methods give good results, but at home, when there is nowhere to take cuttings, most often laurel is planted with seeds. Also, ready-made seedlings, if possible, can be purchased at the nursery, which will speed up the process of growing and obtaining a harvest of fragrant leaves. Saplings are planted in spring or autumn. Let’s take a closer look at how to get this noble plant on the site. 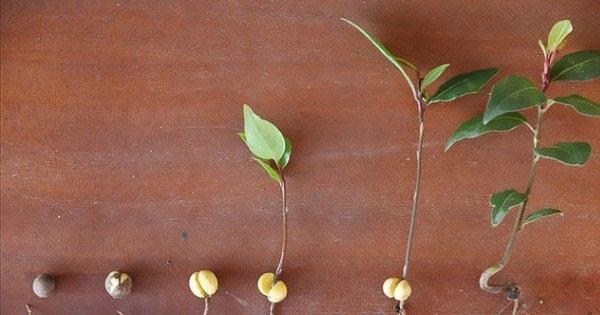 Laurel seeds have a high germination capacity (up to 95%), but only fresh. You need to have time to use them within 6 months after collection. Due to the large amount of essential oils, they sprout up tight and take a long time, but almost all.

You can slightly extend the shelf life of seeds until the next season by putting them in the refrigerator..

You can plant seeds:

You can accelerate the germination of laurel seeds by first cleaning them from the protective shell and germinating in wet sawdust.

When sowing in open ground in winter, this procedure is not carried out, otherwise the seeds will die. 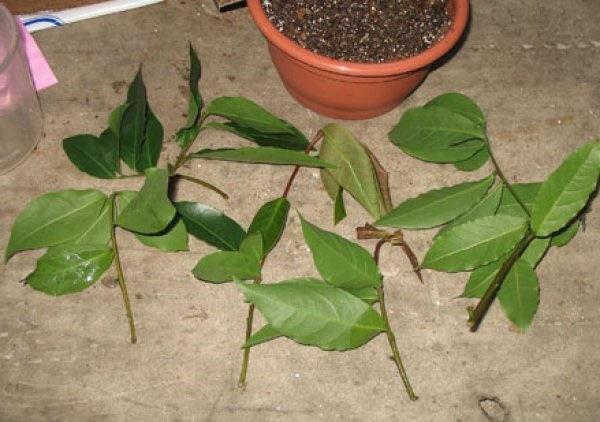 Young shoots of laurel are very tenacious and root well. By cuttings, a new plant with its own root system is obtained in a couple of months. The procedure begins in mid-spring or early summer, cutting branches with green bark from an adult laurel, which are not yet lignified. They are divided into shanks, and each must have at least 3 internodes and an oblique lower cut. The leaves growing from below are cut off completely. In the upper sheets, half of the plate is cut to reduce moisture evaporation..

Cuttings need to be rooted in a soil mixture based on sand, deciduous soil and peat. Each is planted in a separate container, covered with a jar on top. After a couple of months, rooted laurel cuttings can be planted in a permanent place..

How to grow laurel from cuttings 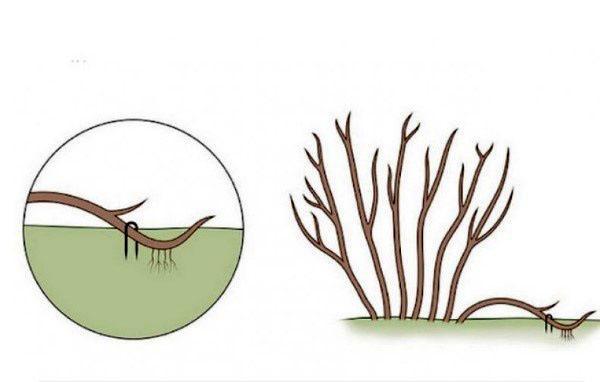 It is best to root the cuttings in late autumn by choosing a healthy and well-bending lower branch. Next to an adult bush, you need to make a groove and lay layering in it, securing it with a bracket. Sprinkle with earth on top.

It is recommended to separate the layers from the mother bush and replant in the spring. The earth is carefully raked off and a new bush is cut off, at the same time pinching its top. 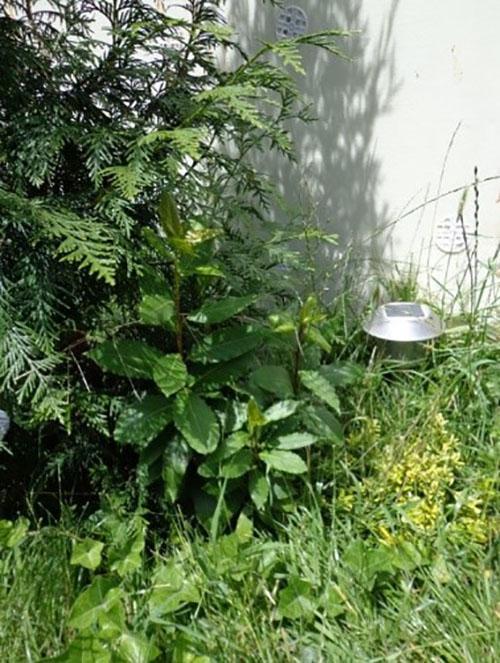 When planning to plant a culture on your site, do not forget where the bay leaf comes from. If you live in the southern regions then there is nothing to worry about. Laurel is native to warm Mediterranean countries, although it can also survive in cooler conditions. True, in the warmth, laurel grows in the form of a tall tree, and in regions where the average temperature values ​​are lower, it takes the form of a shrub. In this form, the plant tolerates winter more easily, and if it freezes out, then only from above. The root system remains alive and grows many young growth every year. 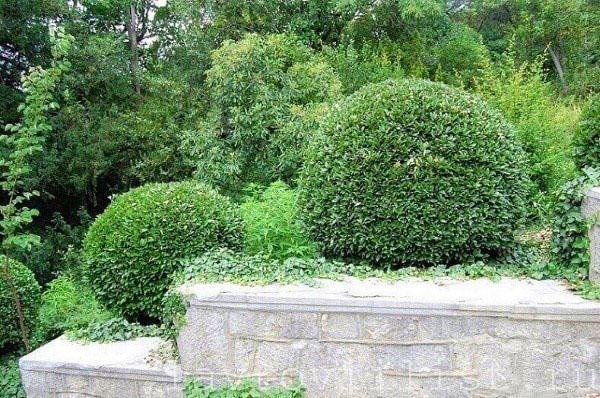 Regarding where the bay leaf grows in Russia in the open field, it is mainly the south of the country (Black Sea coast, Krasnodar Territory, Transcaucasia). Laurel has good frost resistance. It can withstand temperatures even at -15 ° C. However, at 25 ° C frost, complete freezing of the aerial part and sometimes even the roots occurs..

In general, growing a laurel tree in the open field in a garden will not cause much trouble for gardeners. The only thing that will need to be approached responsibly is to carefully consider the organization of the winter shelter. The farther from southern regions and closer to mid-latitudes, the more reliable it should be..

By and large, the laurel tree is not demanding on the soil, but it will grow better and faster in light and nutritious soil. If it is not like that on your site, when planting in a hole, instead of dug soil, you need to fill in the soil composition most suitable for laurel. It can be:

It’s a good idea to add some more wood ash.. 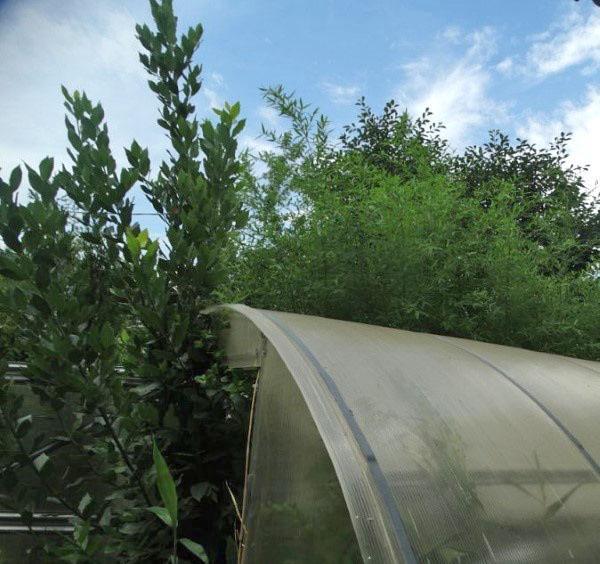 It is better to plant laurel in a well-lit area – this is where it will grow in the form of a tree. However, partial shade for the plant is also not scary, but then it will be a lush bush. In the middle latitudes, the culture is grown in this way, which helps it to endure cold winters. And to stimulate the development of underground buds and the formation of a shrub species, the root collar is deepened to 10 cm.

How to care for laurel outdoors 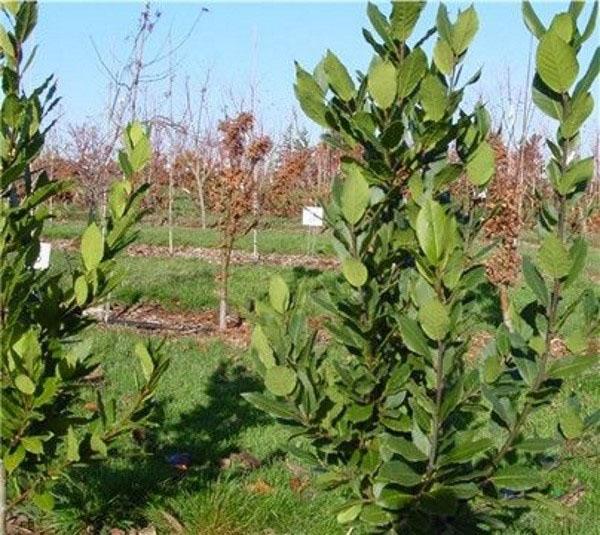 Growing bay leaves in the country involves a small set of care measures:

When to collect bay leaves 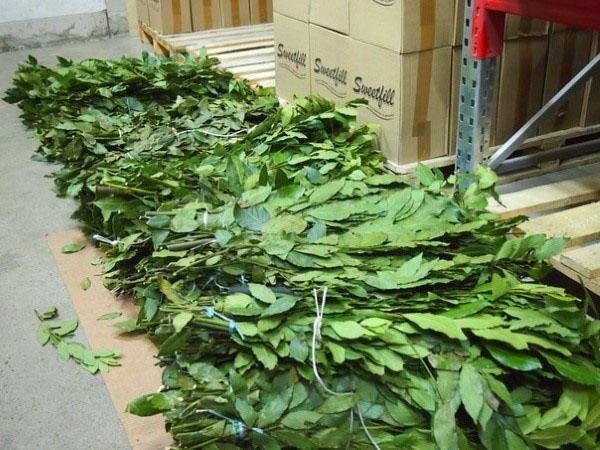 The harvest of laurel grown in the open field is started from the fourth year of the laurel’s life. During this time, the tree is overgrown with a large number of branches that can be cut along with the foliage. In addition, foliage older than 3 years contains more nutrients and oils. It is better to start cutting, starting in October, while you can cut the crop until December, and in the south – until February.

It is not worth “overexposing” the leaves on the laurel longer, leaving them for 5 years – they lose their presentation and wither.

Cut leaves should be laid out in one layer on a tray and left to dry in a warm, ventilated room. Twigs can be tied in bunches and hung. Dried lavrushkas are stored for up to 2 years in glass containers under a lid and up to 1 year in fabric bags. With longer storage, their rich aroma gradually disappears..

It is better not to use freshly cut bay leaves for culinary purposes. Although they smell amazing, they will spoil any dish, giving it bitterness..

How to cover a laurel tree for the winter 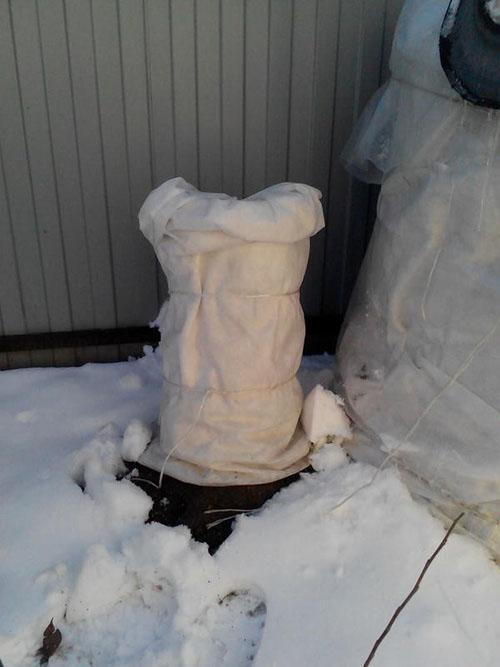 In the middle lane, where the plant is grown in the form of a bush, it will not be a problem to organize a winter shelter. The trimmed laurel (the remaining low stumps) just need to be covered with earth and covered with leaves or spruce branches on top. When it snows, you can throw a snow cap on top..

If you grow a laurel in the form of a tree and do not cut its aboveground part for the winter, you will have to tinker a little. In this case, it is worth considering how to cover the laurel so that its branches and foliage do not touch the shelter. After all, it will get wet, freeze and, accordingly, the shoots too. This can be done as follows:

Thus, the branches of the laurel tree will not contact the shelter, even if it gets wet. As a result, the laurel will overwinter safely and will not freeze even in severe frosts (-20 ° C). 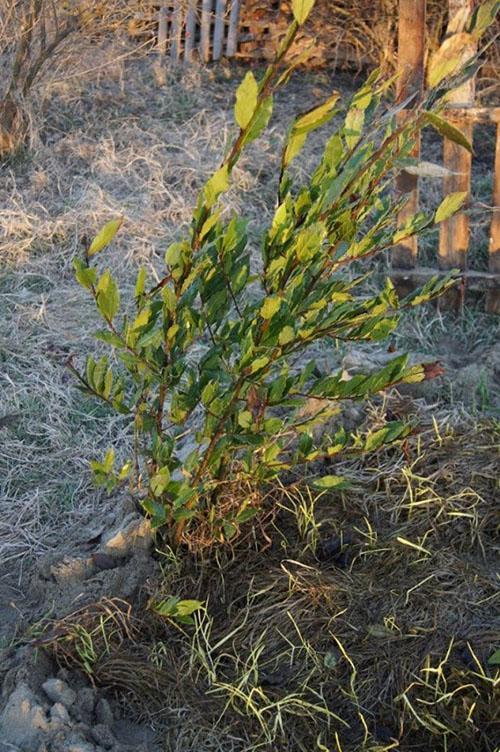 As you can see, growing laurel in the open field is a completely feasible task. Providing it with a bright spot and safe shelter for the winter, you will not need to buy spicy leaves in the store. Enough for yourself, and for all relatives, and even neighbors. Plant and you will not regret!

The state of the laurel after winter – video