Dill pests and the fight against them 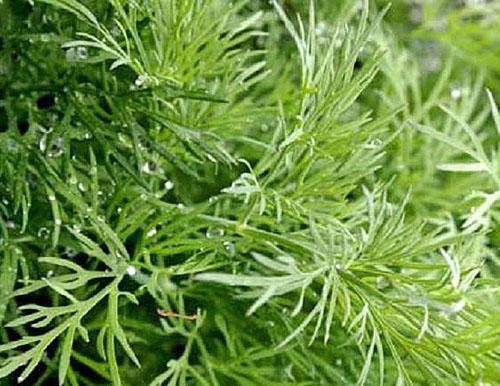 There are no insects that feed exclusively on dill. But many pests damage his crops along with other vegetables. Wireworms and false wireworms, beetle larvae, beetle larvae and gnawing moth caterpillars damage the underground parts of plants. Moles and field mice, ants can harm the roots by pulling out burrows. Terrestrial parts are affected by spider mites, thrips, leaf flies, leafhoppers, and many other insects. Do not disdain greens and various slugs.

Culture rarely takes the leading place in the garden. All these living creatures would be incorrectly called dill pests. The fight against them is carried out when they exceed a critical amount and is usually caused by the defeat of other garden crops. But there are limitedly specialized species that highlight dill.. 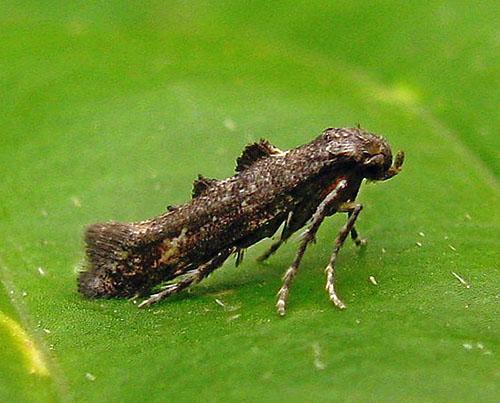 A nondescript butterfly, the front wings are brown, slightly reddish-brown, up to 19 mm in span, the hind wings are gray. The genus Depressaria has 109 species, slightly differing in appearance. Caterpillars are brownish with a reddish tint, greenish between segments. From one (in the north) to three (in the south of the countries of the former USSR) generations are hatched per year. 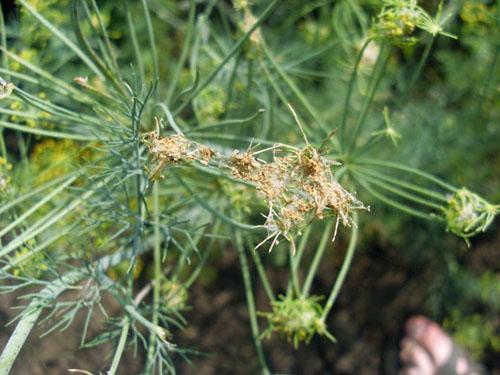 The testes of crops of the umbrella family are affected: carrots, caraway seeds, anise, dill, cow parsnip, coriander and others. Caterpillars eat buds and immature seeds, braid umbrellas with cobwebs, fastening together. They bring significant harm only with noticeable areas of the testes.. 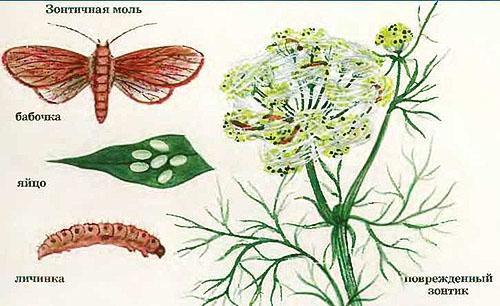 As a preventive measure, the destruction of wild umbellates near seed crops, especially hogweed, helps. It is important to clean and thresh the umbrellas on time. The need for chemical treatment rarely arises, if necessary, they are treated with insecticides according to the instructions for the preparations. 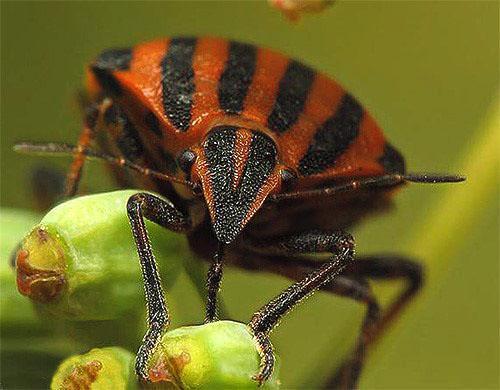 Bedbug up to 11 mm. length. “Italian” is not an indication of the country of origin, but of a distant resemblance to the striped colors of the Vatican guards. It is difficult to confuse with any other pest – it is a very bright insect. And for good reason: such a noticeable coloration warns birds of its inedibility.. 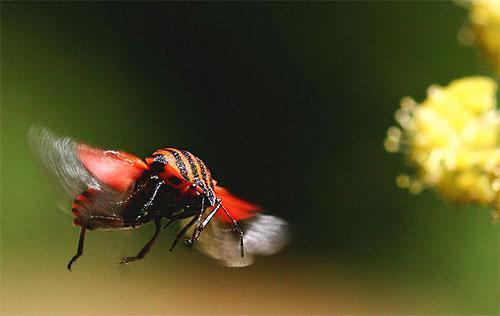 In case of danger, it does not fly away, but freezes, releasing a smelly and burning secret. It is not poisonous for a person, but birds do not touch him. Proboscis sucks sap from immature seeds of umbrella plants, young shoots, inflorescences. As a result, the seeds are puny, of poor quality or not formed at all.. 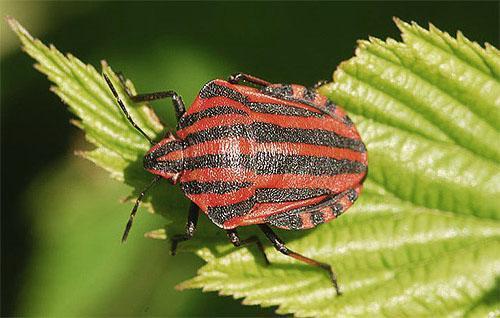 Groups of 10-15 bugs are very noticeable, gathered for mating on the tops of tall plants. It is convenient to spray such groups locally (for example, with a spray bottle) or shake off into a bucket of water. The need for continuous cultivation of crops usually does not arise. 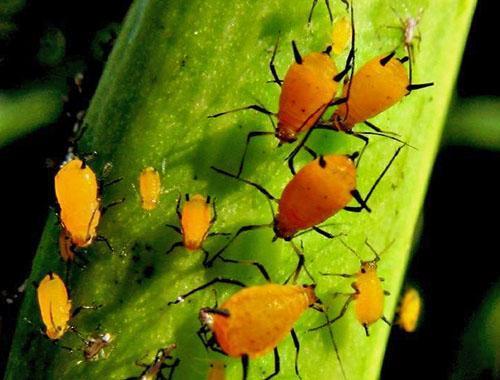 Strictly speaking, they affect many garden plants, not only dill. There are carrot, melon, willow-carrot and others. They are small, translucent insects, usually green or greenish in color. They vigorously suck sap from many plants. But we often notice green bugs on dill.. 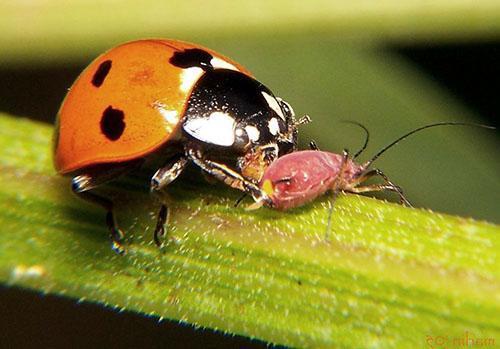 It is undesirable to treat with pesticides: we usually use dill fresh, simply by washing the leaves, and the addition of poison to the body somehow does not seduce. Fortunately, the pest has delicate covers, and it is advantageous to fight aphids on dill without chemicals. We use homemade poisonous solutions, such as tincture of tobacco or tomato tops.

Potato or tomato tops (poison – solanine, which gave the name to the entire family of Solanaceae – Solanaceae) is filled with water. A bucket of water for 1.5-2 kg of crushed raw materials. Withstand 3-4 hours or boil for half an hour, add a little soap or powder. Soap reduces surface tension, resulting in better distribution and adhesion of the solution.

Tobacco plants (active ingredient – nicotine) 100 gr. we insist greens per liter of water for a day, filter, add soap and spray. Dusting with tobacco dust can also be used. Still tinctures for removing aphids are made from celandine, pyrethrum, hot pepper. And how to remove aphids from dill, if a small amount is still present on the plucked greens? The easiest way is to flush with a strong jet of water.

Pesticides should be used with caution on green crops. If part of the poison is theoretically destroyed during storage or cooking of vegetables, then dill greens are used immediately. And without heat treatment. It is better to try to do without spraying when growing it..