Summer resident’s calendar: seasonal work in the garden in May 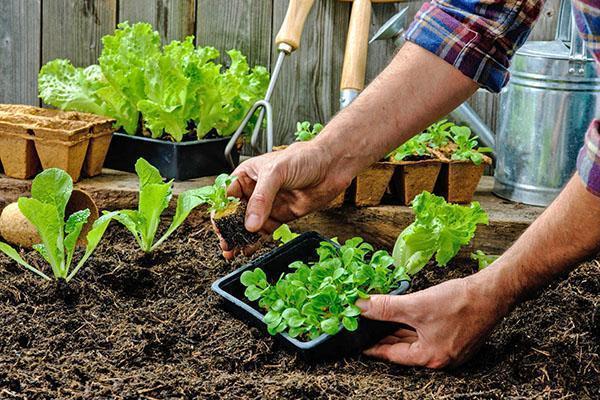 May is not only the most beautiful spring month, pleasing with bright greenery, the first flowering and harvest of early greenery, but also the most difficult time for a summer resident. In May, every day feeds the year, that is, the future harvest and its safety will depend on the efforts made at this time. And you have to do a lot!

What needs to be done in the garden in May? 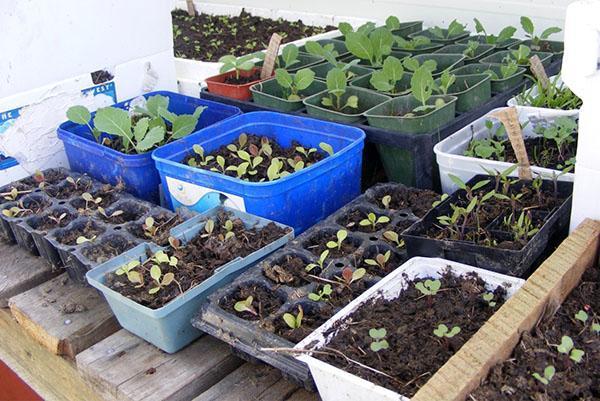 Most of the sowing work falls on May. Seedlings grown in greenhouses, greenhouses and on window sills can not wait until they get into the beds, and the next, more thermophilic crops will take its place.

Every day more and more time summer residents spend in the garden, where:

They say: “In April, water, in May – grass!” Every Russian gardener tests this sign in practice, noticing how, ahead of the growth of cultivated plantations, wheatgrass and bluegrass, woodlice and shepherd’s purse, rape and dozens of other weeds appear from under the ground.

Weeding in May becomes one of the most important, laborious, but rewarding types of work in the garden..

The aeration of the soil and the amount of available nutrients, that is, the growth of crops, as well as the survival rate of seedlings planted on the beds, depends on how quickly and efficiently the weeds are removed.. 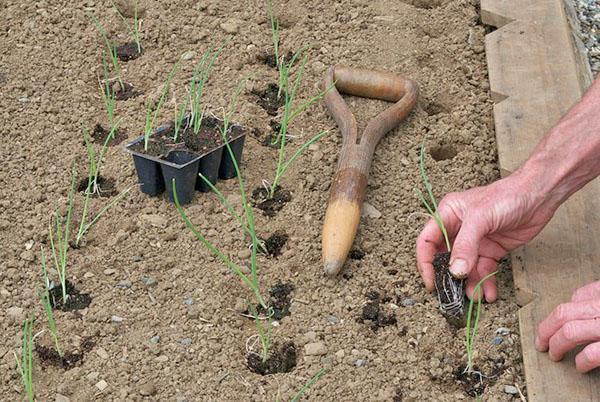 As quickly as weeds, pests appear on the site. With the arrival of heat, aphids, ants wake up, whites and cabbage fleas, onion flies and other insects annoying gardeners. Fighting them in May will greatly facilitate summer days and be the first investment in a future bountiful harvest..

May weather does not let you get bored. It is unstable in spring, therefore, it either scorches with an almost July heat, or makes the summer resident worry about the March frosts. Both are unpleasant for delicate greenery:

So that precious time in May is not wasted, and the invested labor costs do not sink into oblivion, you need to leave the work plan in advance and closely monitor not only the well-being of green pets in the summer cottage, but also the forecasts of weather forecasters for a month. 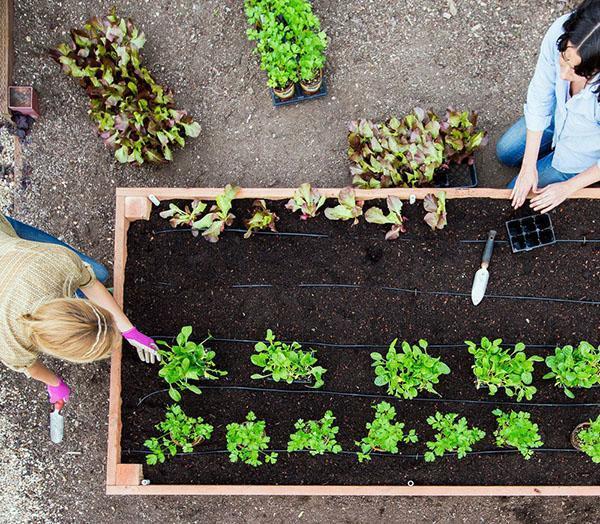 In addition, time-tested signs can be useful to summer residents preparing for sowing and planting:

Sowing marathon in May in summer cottages 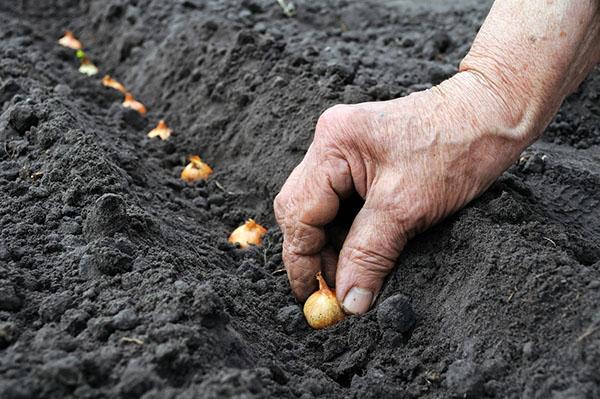 In May, every day is dear. In the first week of the month, it is necessary to complete the sowing of all types of onions, otherwise the risk of being hit by an onion fly increases significantly. Traditionally, the first days of May for a gardener is the time for planting potatoes, which have already been prepared, warmed up and gave strong shoots, ready to quickly take root and grow when they hit the ground..

If the weather does not allow in April, the first decade of May is suitable for sowing beets, for which rotted manure or humus is abundantly added to the beds. 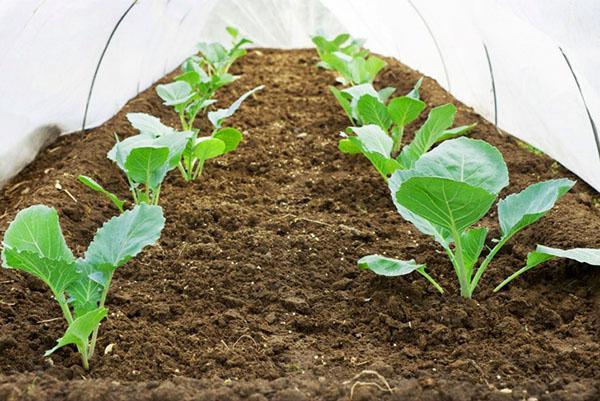 It is good when the summer resident has at his disposal a sufficient number of film greenhouses or shelters made of non-woven material. In this case, beans, cowpea and vegetable beans, as well as zucchini, squash and pumpkins, and in more southern regions, melons and watermelons can be sown on seedlings 7-14 days earlier than the climatic norm. In greenhouse conditions, the plants will not only be protected from the sun and night cold, but will also be able to gently acclimatize..

For sowing, it is better to take peat pots of a suitable size, so that after transferring to the ground, the seedlings will painlessly take root.

Seedlings of cucumbers, pumpkins, zucchini and other melons and gourds are transplanted into the ground at the end of the month, if necessary, using a shelter to protect from cold wind, precipitation and uninvited feathered guests. 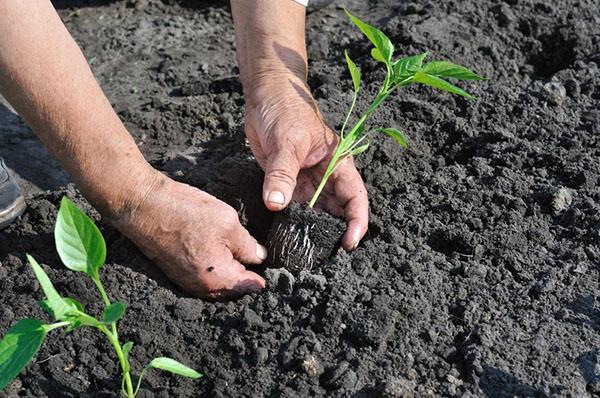 By the end of the month, the intensity of work does not decrease. Over the past decade, the summer resident will have to sow corn, basil, carry out seedlings of physalis and tomatoes, eggplants and peppers to the beds or under temporary greenhouses. Recent crops are especially thermophilic, therefore, in the slightest doubt, it is better to leave them in a greenhouse or under a greenhouse..

Crop care in May 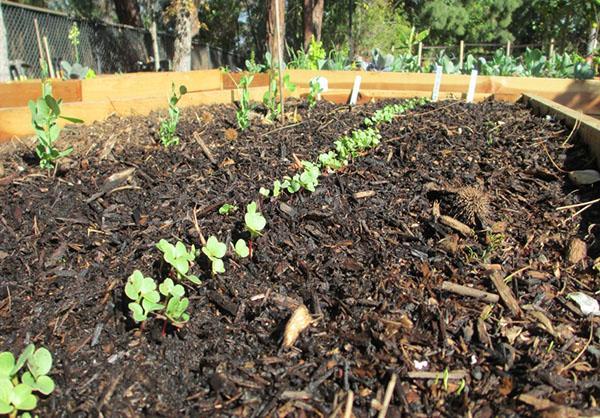 Seeds that have fallen into the ground require no less attention than already adult plants or seedlings.

Irrigation and rainfall compact the soil, which over time forms a dense crust. It will be difficult for young plants to break through it. It also inhibits the penetration into the depths of water and oxygen..

Therefore, after rain or watering, the beds with crops, as well as planted vegetables, are carefully loosened. To break the crust and prevent the formation of a new one, a passage to a depth of 1–3 cm is enough. It is important not to disturb the rooting seedlings and not to harm the delicate sprouts of carrots, beets and other plants. In the future, the green beds can be thinned out and sprinkled with a layer of mulch..

The more beds in the garden are occupied by greens, vegetables and herbs, the more time the summer resident spends on watering. Knowledge of the preferences of certain cultures will help to save energy and precious minutes..

Cabbage, potatoes, winter garlic, which have already fully developed the aerial part, most of the root crops and greenery are unpretentious and can be watered using sprinkler irrigation. The main thing is that watering does not occur at noon, when moisture on young foliage can cause sunburn..

Cucumbers are sissies. They are afraid of drafts, it is better to water them every other day, with warm water in the morning or evening. On hot days in the greenhouse, the plants are uncomfortable, so they can be carefully ventilated.. 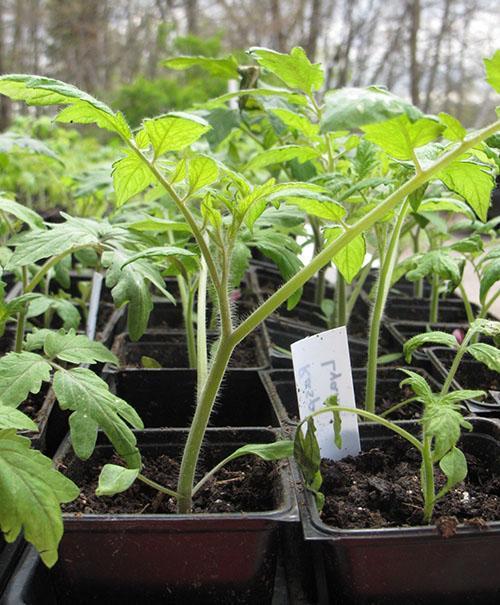 Tomatoes are excellent at forming aerial roots, which help the plants receive moisture and nutrition. At the same time, the plants are more hardy, so they can be watered 1 – 2 times a week, but abundantly, so that the root system is completely in moist soil. It is useful to hud up the bushes, and keep the earth around in a loosened state. Peppers and eggplants are watered 2 times a week. But they do not huddle, but to protect moisture, they mulch a little.

One of the most popular early vegetables – radishes are very fond of water, so they are watered daily, at least every other day. Do the same with daikon and summer radish varieties..

Vegetable garden in May – video