We grow different varieties of tarragon in the beds 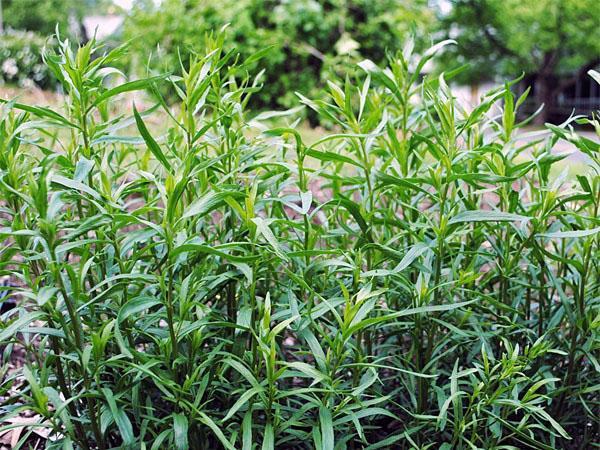 Among the many plant species, the tarragon varieties, which are presented below, are especially popular. This culture has many other names. One of them is tarragon. It is a unique spice that is used to prepare food and drinks. What tarragon looks like can be seen below. The plant has a pungent and spicy taste, grows in Eastern Europe, North America, Siberia, China, Central Asia, India, Mongolia and other countries.

Tarragon chose slopes, fields, pebbles as a habitat. On the backyard, tarragon also gets along well with other plants..

Excess moisture for tarragon is destructive.

The stems of the plant are even olive green, grow up to 80-100 cm, they are narrow and sharp, and have cuts at the tip. The buds on the plant are formed at the end of summer. Inflorescences are narrow, painted in a light yellow shade.

The green part of the bush contains the following useful components:

In addition, the spice contains vitamin C, which makes it possible to use it to strengthen the immune system. In the spring and fall, tarragon can be added to food to promote health. In addition, tarragon is used to recuperate after operations, because the herb has a beneficial effect on strengthening the connective tissue..

The active components of the plant help the skin to produce elastin and collagen, so the herb is recommended to be taken in case of problems with the integument and diseases of the joints. Tarragon also has a beneficial effect on the intestines and stomach. In case of lung diseases, the spice is able to restore the functioning of the organ. The alkaloids that are part of the herb are an effective means of fighting parasites, and are also used to improve the quality of blood..

In summer cottages, it is preferable to grow several different varieties of tarragon.. 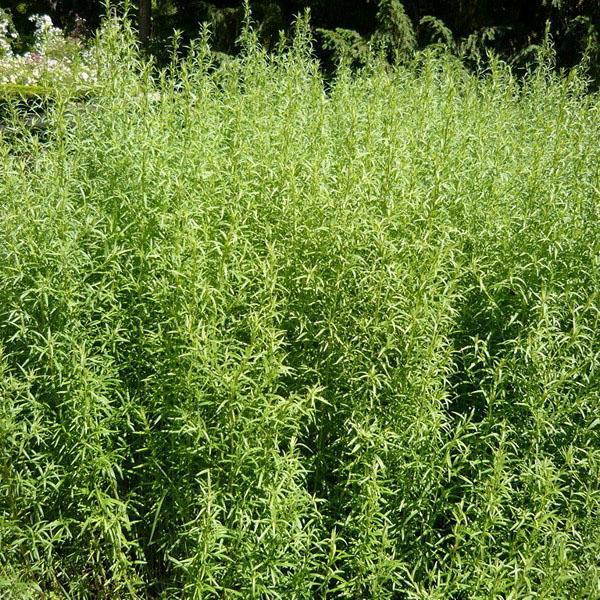 The most popular tarragon variety with a pronounced odor. It grows a meter in height and by the second year of flowering becomes suitable for medical and culinary purposes. The plant has a bitter taste and strong odor. The crushed leaves are used as a seasoning for a variety of, especially salty dishes. Tarragon Goodwin grows well both in the garden and at home in a pot. 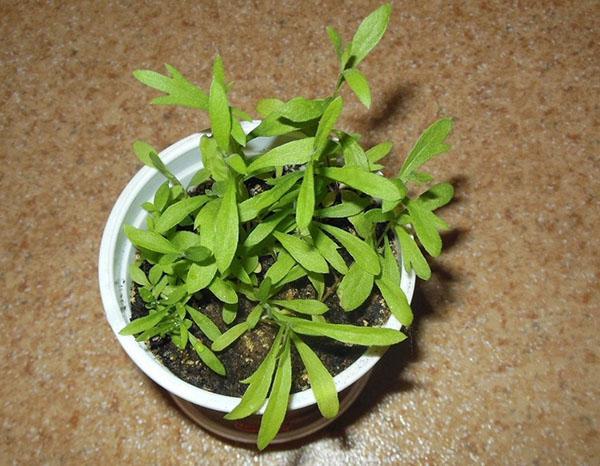 This species has gained its popularity due to its resistance to cold and difficult weather conditions. Also, the plant is distinguished by its ability to grow in one area for more than ten years. The height of the Gribovsky tarragon bush reaches about a meter, has long leaves and small white flowers. Tarragon is widely used in cooking as a seasoning for fish, salty, meat dishes. 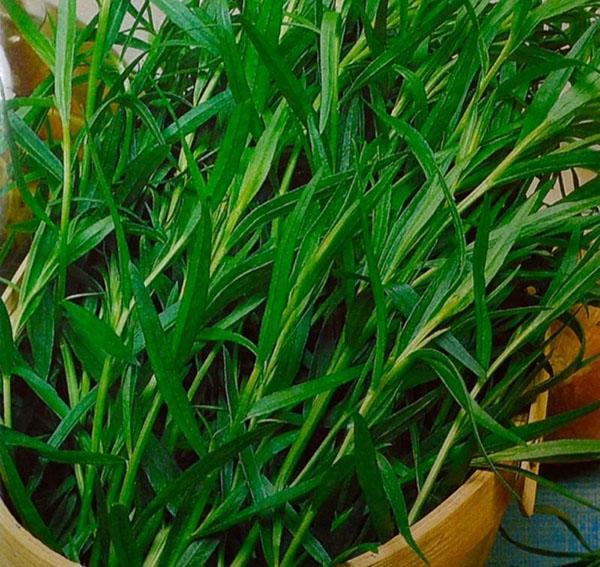 The entire meter length of Dobrynya tarragon has healing properties. The herb contains carotene, trace elements, vitamins and ascorbic acid. A distinctive feature of Dobrynya tarragon is resistance to cold and heat, as well as the ability to grow on one site for more than 10 years. 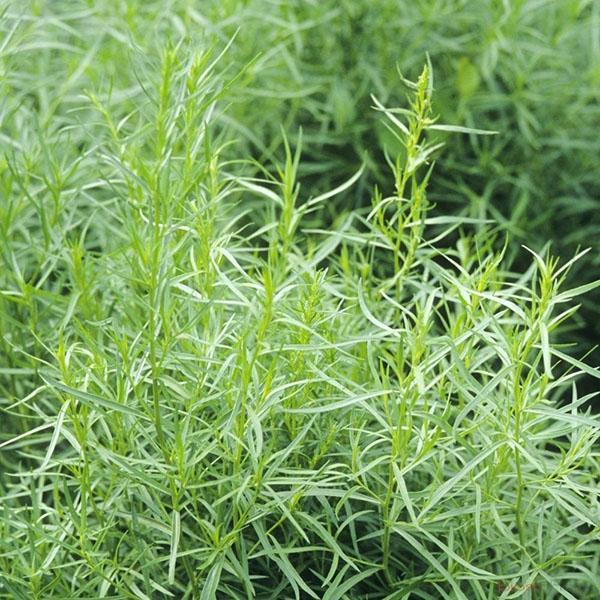 This species has the shape of a bush with matte rich green leaves, as well as rounded inflorescences with small yellow buds. The plant can grow up to one and a half meters in height and is frost-resistant. This type of spice is often used for sweet pastries, as well as for the production of cocktails and drinks.. 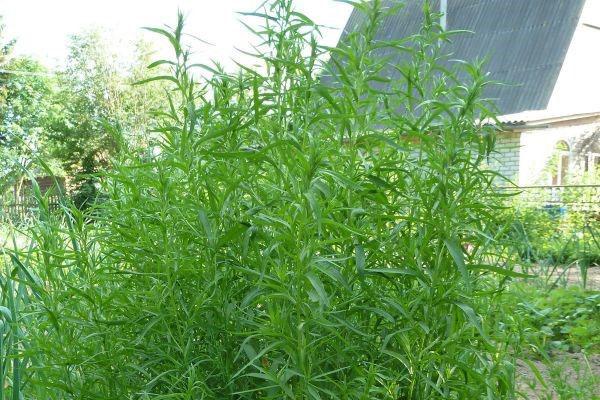 This variety blooms in summer and reaches a length of 150 cm. The king of herbs is distinguished by a strong smell similar to anise. The stem and leaves are useful in the plant. Plates are used mainly for homemade products as a seasoning. Tarragon is also used to treat numerous diseases. What the plant looks like tarragon king of herbs can be seen in the photo below. 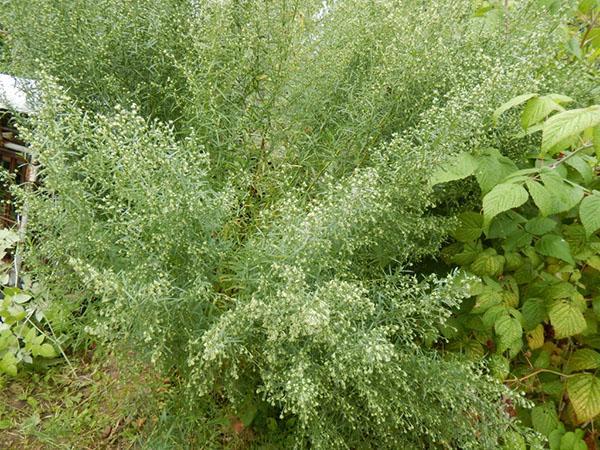 This variety grows as a straight bush. Its height reaches 80-150 cm. The plant branches well and has narrow bright emerald leaves. It is planted with seedlings in the spring and only after a year is transplanted into a permanent container. Used fresh as a green ingredient in salads.

Due to its spicy taste, the culture is often an ingredient in salty foods and drinks. Tarhun monarch is able to improve appetite, normalize the functioning of the stomach and cure inflammatory processes. Also widely used to treat bronchitis, tuberculosis, other respiratory diseases. 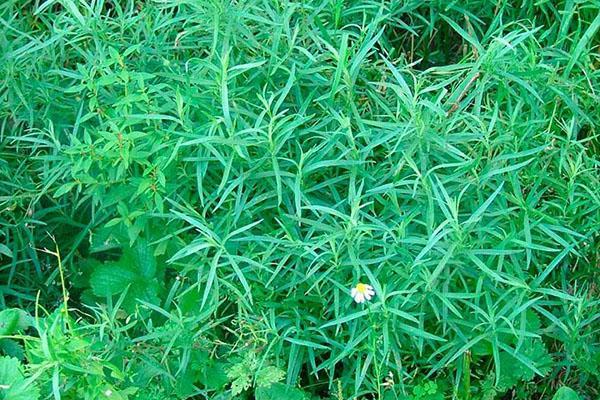 The Smaragd variety grows up to 80 cm tall. Mainly grows in open flat areas. The culture is distinguished by straight stems, thick leaves, which become tough during the flowering period. The flowers of the plant are yellow. All of them are collected in inflorescences in the form of a ball. Tarragon smaragd is used for preservation, pickles, for cooking various dishes. For this purpose, take leaves and shoots. The flower is very beautiful in appearance, therefore it is used for decorative purposes, as a decoration of the site.

In order for tarragon to develop well in the open field, you need to systematically weed it.

Tarragon French has a lot of special properties and attractive appearance. It is capable of reaching one and a half meters in height. The bush has thin long rich green leaves and white small flowers. This variety tolerates frost and various diseases well. Often used in cooking as a seasoning for a variety of dishes.. Tarragon French propagates by cuttings, seeds, or by dividing the bush. There should be a distance of 50-70 cm between the shoots on the site.Tarhun can be fed with mineral fertilizers, compost, manure. 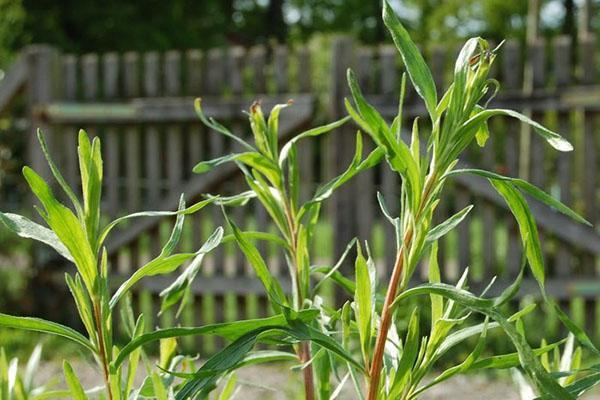 Mexican tarragon Aztec got its name after Mexican tribes and the area of ​​its initial appearance. The plant has strong shoots, which are abundantly covered with leaves. The bush reaches one and a half meters in height. In one place it can exist for up to 8 years. The aroma of this seasoning has anise notes.

As for Volkovsky’s tarragon, it has almost no smell. The plant has smooth leaves and is frost-resistant. It perfectly tolerates any conditions, quickly recovers from diseases and parasites. The white flowers of tarragon contain an essential oil used in perfumery and food preparation. The grains ripen in two months.

Tarragon can be grown very easily in the garden. The plant is simple, does not require special care. Like cilantro, parsley and dill, they are healthy and tasty additions to dishes, preserves, and homemade preparations. Numerous varieties bred by breeders allow you to choose the best option.