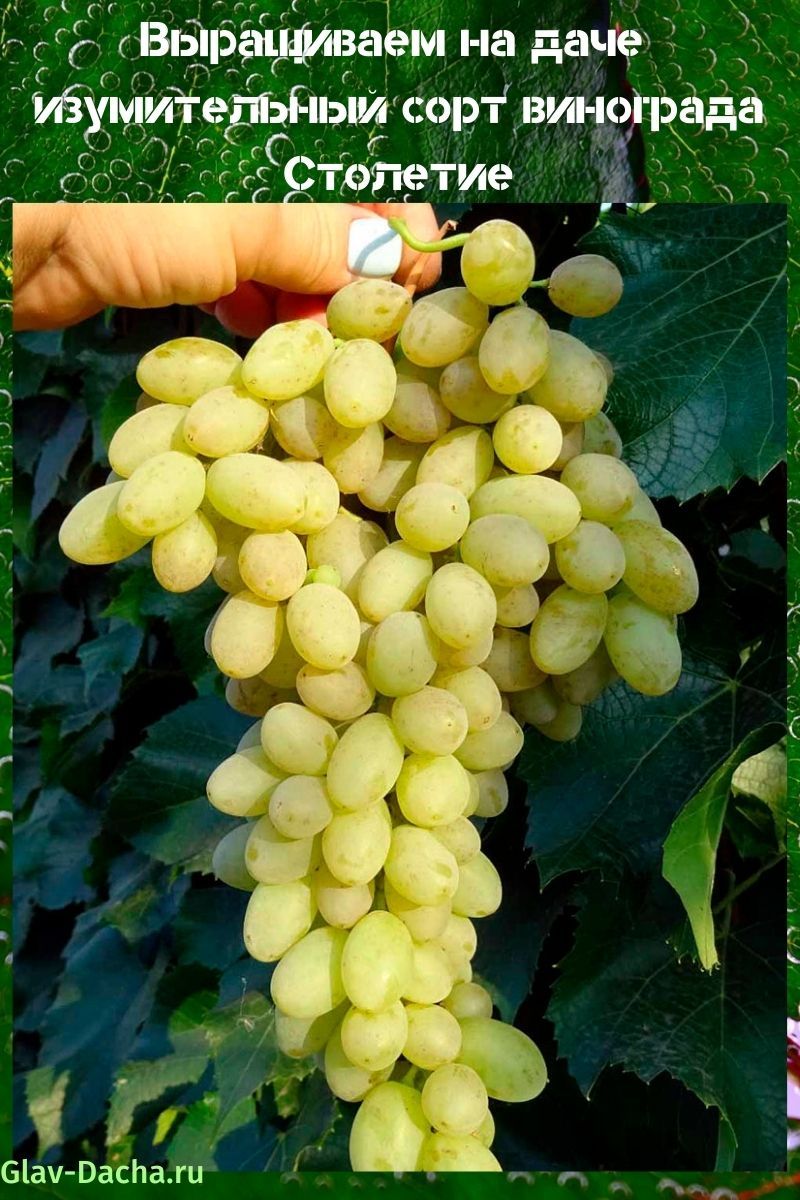 The Century grape was developed by American scientists in 1966. After 14 years, it was entered into the US state register. Today, the plant grows not only in North America. It wonderfully takes root in Argentina, Chile, South Africa, Australia, Italy. On the territory of the CIS, the culture began to be actively cultivated only since 2010. In Russia, this variety is grown in the Krasnodar Territory, Voronezh, Moscow and Yaroslavl regions. Consider a detailed description of the Century grape variety and a photo of a unique vine. 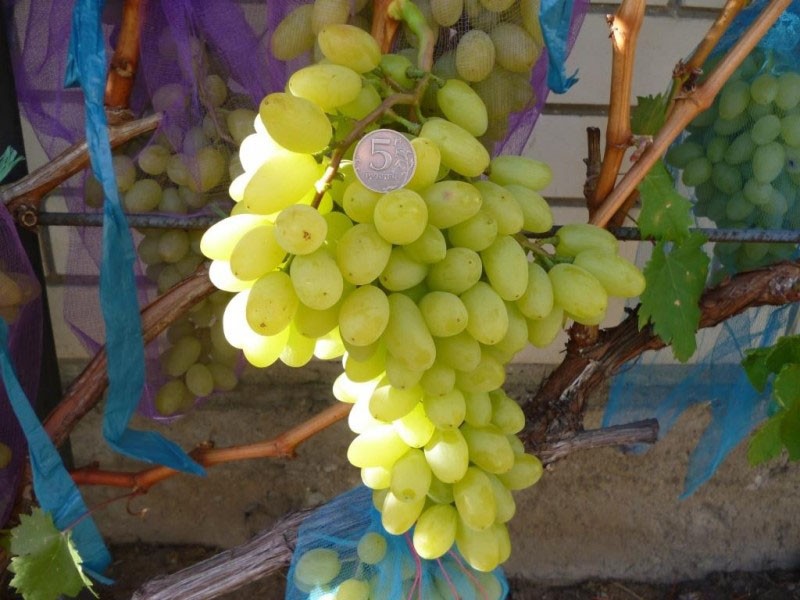 The culture is a popular representative of table grape varieties. Full ripening of the berries occurs in 125 days from the moment they appear on the vine. Ripe bunches are often cut in mid-August. Berries are used both raw and for making raisins. Bunches of grapes weigh from 700 g to 1.2 kg. Sometimes there are specimens weighing up to 1.4 kg. They are distinguished by a tapered shape with a pointed end. The fruits “sit” tightly on the branches, so the bunches always have an attractive appearance. 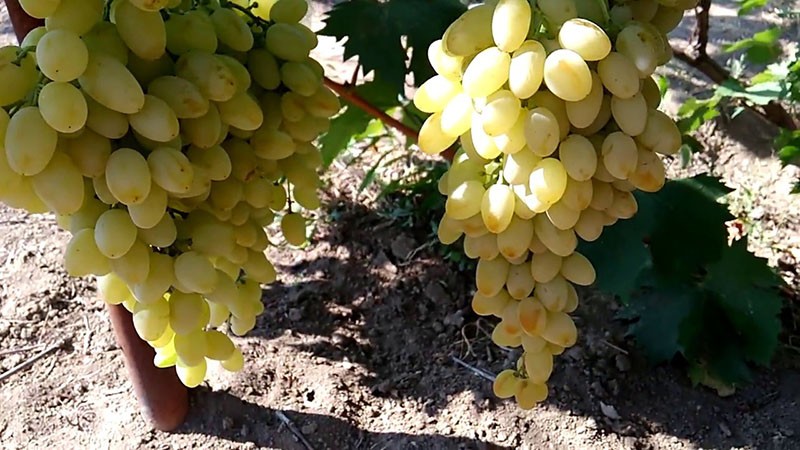 Oval berries weigh about 8-10 g. They are painted green or yellow-white with an amber tint. Under the thin peel there is a delicate pulp of a uniform consistency. It is characterized by an exquisite sweet taste with hints of nutmeg. Overripe fruits do not crack and remain on the branches until late autumn. In addition, their sugar content increases and a completely different taste appears.. 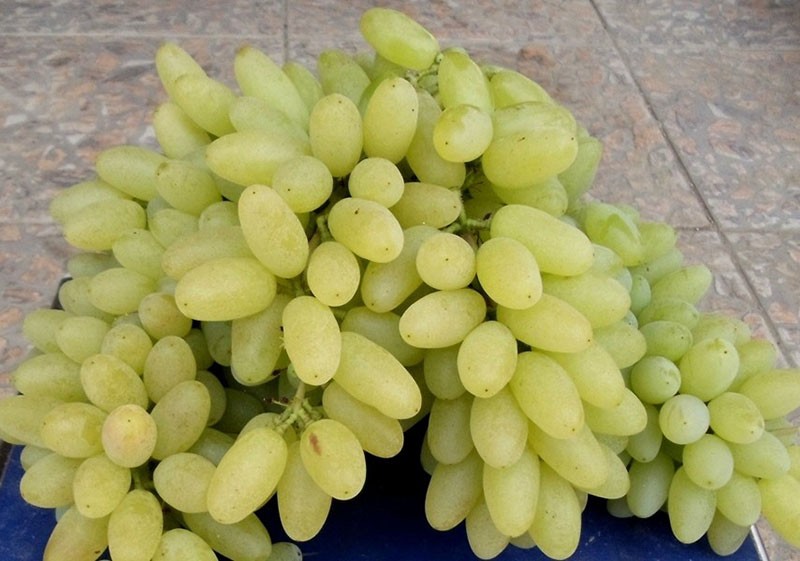 To increase the size of the berries, it is advisable to remove part of the bunch immediately after flowering..

During the growing season, the vine lets out many shoots, which grow up to 1-2 m per year. Therefore, the bushes initially need a stable support. During the flowering period, buds of both female and male types are formed on the branches, which are successfully pollinated. The vine is characterized by short internodes, thanks to which it is wonderfully adhered to the culture..

Grapes A century with its merits and demerits

Culture has gained ubiquitous popularity due to its advantages.

Let’s note the brightest of them:

In addition, the Century raisin grape variety is an ideal raw material for the preparation of high-quality raisins. In the autumn period wasps and birds do not “attack” the berries. Thanks to this, the bunches retain their attractive appearance throughout the season. When the culture propagates, the cuttings take root quickly, and the seedlings successfully take root in the new plot. The vine is wonderfully kept upright for the first 2 years after planting..

Unfortunately, Century grapes also have disadvantages. In cool latitudes, the vine needs additional shelter for the winter. Due to direct sunlight, brown spots are formed on the peel of the fruit. Like other horticultural crops, grapes are not immune to the invasion of insect pests and fungal diseases. To increase yields, gardeners have to use external stimulants..

We reveal the secrets of agricultural culture

Competent planting of Century grapes and vine care are directly related to obtaining a high yield. Experts note a number of rules that must be followed when growing a crop. Each stage requires a reasonable approach to business. 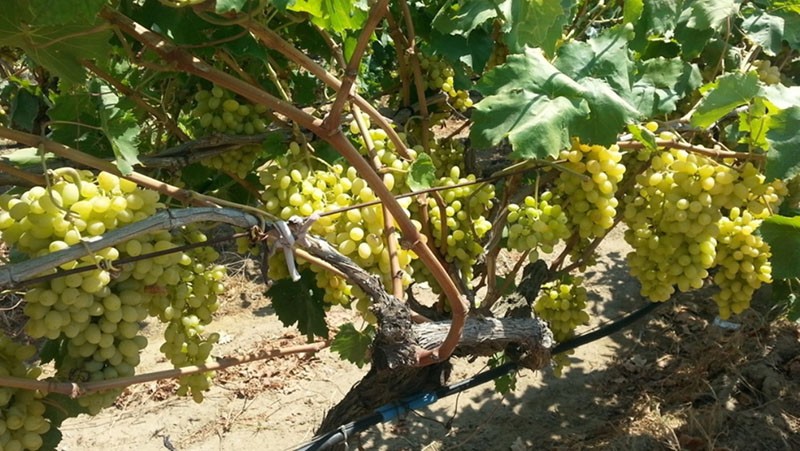 An area with an abundance of light and air is suitable for planting. Century grapes should not be planted on the northern or eastern slopes. This arrangement often leads to freezing of the crop when the air temperature in winter reaches -30 ° C. If the vine is planned to be grown near the wall, then maximum sunlight should fall on it. In addition, the site should not be flooded with rain, ground or melt water..

Practice shows that the size of the pit directly depends on the type of soil. On a site with heavy soil, it is made about 80 cm deep and 60 cm wide.If there is light soil on the site, they adhere to the standard dimensions of 40x40x60 cm.The hole is dug out in advance. Broken brick, small rubble or pebbles are poured into the bottom as drainage.

Then the substrate is prepared from the components:

The components are thoroughly mixed to obtain a homogeneous free-flowing mass. Before planting, the grape rhizome is kept in a clay solution. Thanks to this, it receives protection from fungal infections.. 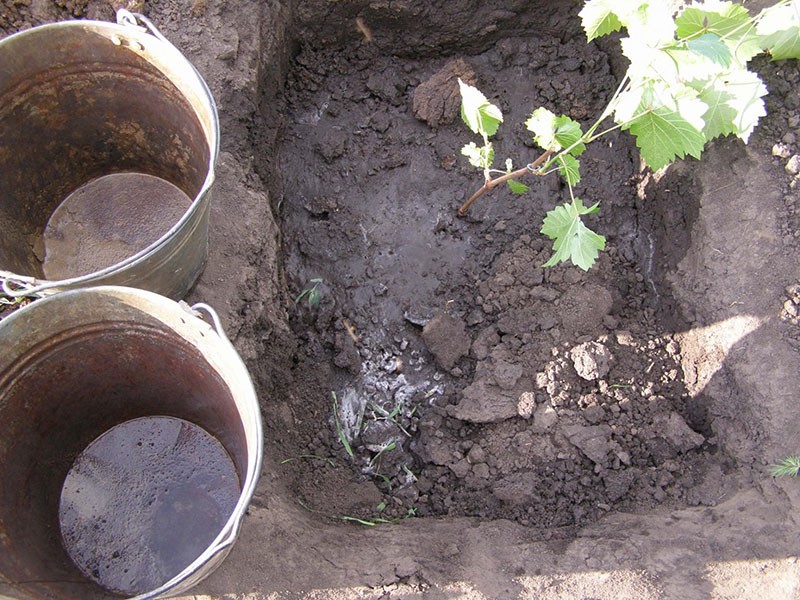 If the procedure is performed in the fall, then at least 20 liters of water is poured into the pit and wait until it is completely absorbed. If the vine is planted in spring, the hole is poured with hot water in order to properly warm the soil. Next, the seedling is carefully placed in the center of the pit. Sprinkle with earth half, watered again, and then completely fall asleep and tamp. A near-stem hole is made on the surface.

During the growing season, the grapes are watered 1-2 times a week. Thanks to this, buds, buds and berries will develop on the vine. The procedure is performed in any way possible, the main thing is that water does not get on the foliage and shoots. Gardeners practice aboveground and underground options.

The first method consists in preparing grooves directed to the root zone of the bushes. The underground method involves the use of a drip humidification system. Regardless of the option chosen, it should be remembered that the Century grape variety tolerates drought much more easily than excess moisture.

Watering the culture from a sprayer over the foliage, growers do not use. 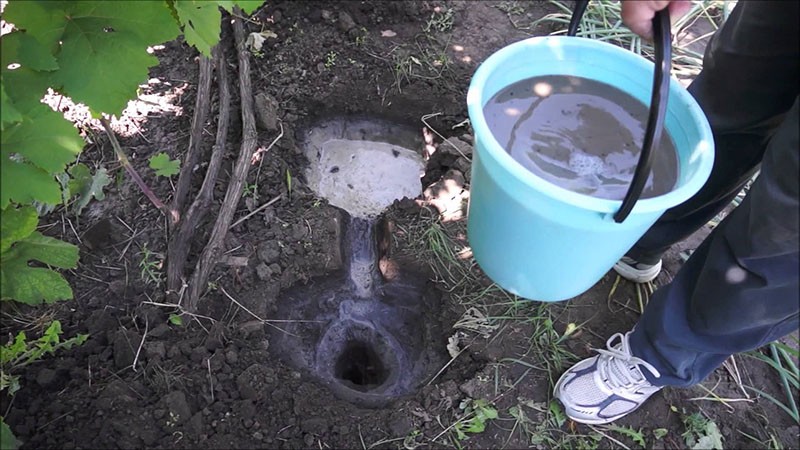 To stimulate successful development, the plant needs additional mineral and organic fertilizers. Humus, compost or cow dung are applied in the fall, and even then once every 3 years. In the spring, the soil is fed with nitrogen and phosphorus substances. Whenever possible, use wood ash, which is rich in potassium compounds..

The grape bushes have been growing very quickly for a century. Therefore, immediately after planting, a reliable trellis-type support is installed next to them. They are of one or two-plane character. As they grow from the vine, they form a standard-shaped fan-shaped form. 4-8 “arms” are left in it, thanks to which each of them will receive an abundance of sunlight, natural precipitation and oxygen. To stimulate crop yields, a long pruning of the vine is carried out in the fall.. 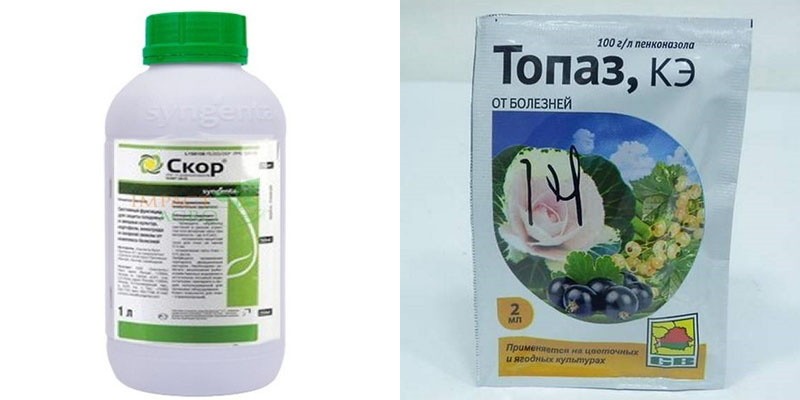 Kishmish grapes of the Century variety are vulnerable to a number of fungal infections, such as mildew and powdery mildew. Therefore, during the growing season, it is regularly treated with fungicides..

Usually they use such names:

The most dangerous pests of raisins of the Century are the phylloxera leaf aphid. It affects the root system, plates and shoots. The parasite has a rather complex development cycle. As a result, its various forms are born, which disrupt the development of grapes..

To combat leaf aphids, carbon disulfide is used. The substance is carefully treated with the affected areas, and then removed. For preventive purposes, in the fall, the bushes are sprayed with a solution of carbolineum (6%). And in the spring, the vine is treated with an oil emulsion with the addition of lindane.

The unique grape variety has received worldwide recognition from gardeners for a century. It is grown according to a simple scheme. Planting is carried out in spring or autumn. Water regularly. If necessary, treat with fungicides. Pruning is done to increase yields. The bunches are cut at the end of summer. Let’s enjoy the excellent taste of seedless sun berries.