Planting and caring for beans outdoors without problems 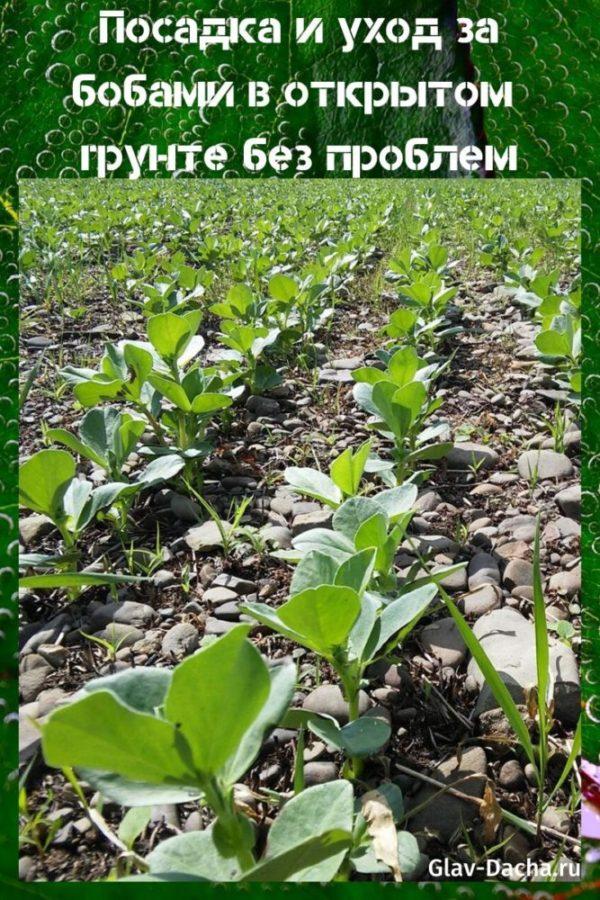 Garden or horse beans are grown in many countries of the world, but most of all in India and China. Planting and caring for beans in the open field is not difficult and does not cause difficulties even for gardeners in the northern regions of Russia. Beans can easily tolerate light frosts and can grow in a variety of soils. 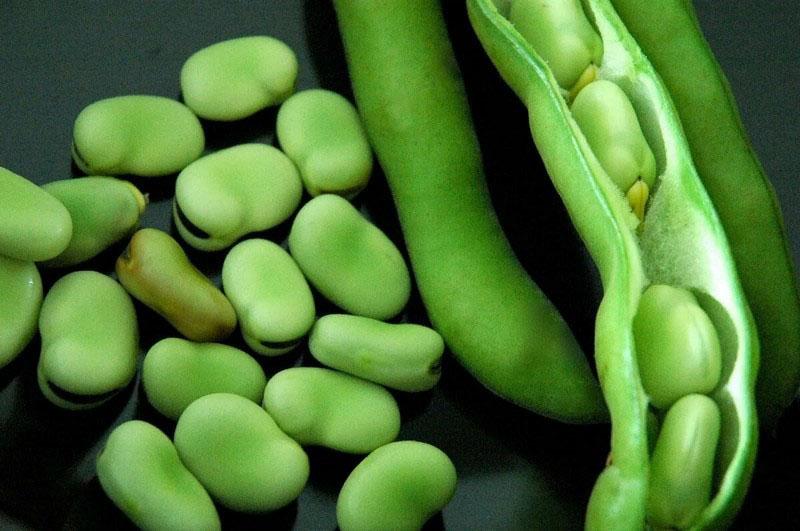 The beans are grown not only for the sake of the harvest, but also to improve the soil on the site, enrich it with nitrogen. Their branched root system goes 1.5 m underground. Moreover, the location of the roots is so dense and dense that the weeds next to them can no longer fully develop. The most unpretentious of the beans are black Russian. Two months after planting, rather large fruits already appear on the plants, which can be cooked whole, not peeled.

Choosing a site for planting beans

Beans grow best on loose loam with a slightly alkaline or neutral reaction. Even in soil with little nutrients, these undemanding plants will be able to produce decent yields if they have enough potassium. With its lack, wood ash or other organic matter is added to the soil before planting.

There are other conditions to consider when choosing a site for growing beans:

When growing beans, you must strictly follow the rules of crop rotation..

They should not be planted in beds where soybeans, peas, lentils, beans and other plants belonging to the legume family grew in the previous season. In the process of development, they actively produce nitrogen-containing substances, and the beans do not tolerate their excess poorly.. 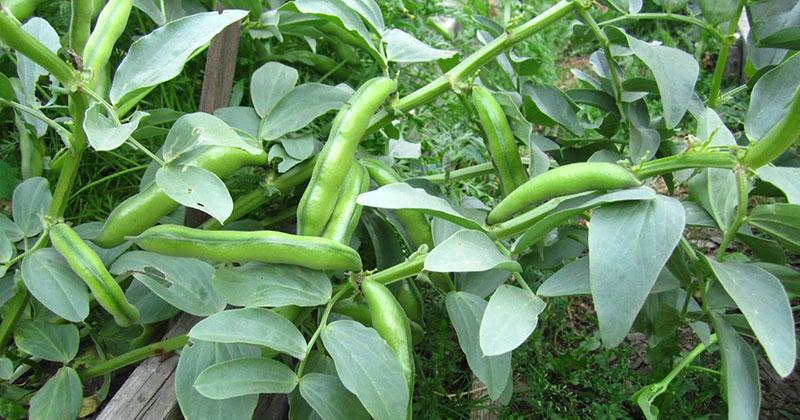 With the correct planting of beans and caring for them in the open field, it is necessary to take into account the influence on their development of those crops that grew in this area earlier. The best precursors for vegetable beans are tomatoes, cucumbers, cabbage, or potatoes..

But experienced gardeners do not advise planting potatoes and beans in one hole or next to it. Both crops require a lot of potassium for normal development. But due to the faster growth of the beans, the potatoes lack it. The root system of legumes “supplies” nitrogen to the soil, and the grown shoots shade the straggling potatoes, which, due to lack of lighting, begin to grow vigorously tops, and not tubers. The yield loss, in this case, can be significant. When planting beans together with other crops, they are planted around the perimeter of the beds or the area with potatoes.

Planting and caring for beans outdoors without shelter 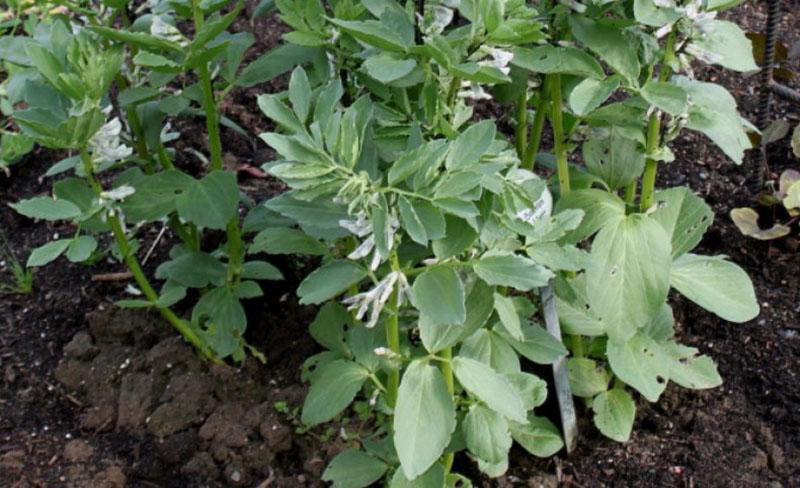 Sowing beans begins in early spring as soon as air temperatures exceed 3-4 ° C. They are quite cold-resistant and survive light frosts without problems..

However, the intensity of plant development still depends on the vagaries of the weather:

When the thermometer rises above 25 ° C, the flowers of the beans begin to fall.

How to germinate beans for outdoor planting

Bean seeds are stored for a long time, more than 5 years. They are sown in prepared in autumn and slightly dried out soil. If the soil is already dry, the planting hole or rows are watered. To make the beans germinate faster, they are soaked overnight. Floating seeds cannot be planted..

Since traders process seeds for sale, they don’t need anything else..

And for the collected at home, processing is required. It is carried out as follows: 30 g of edible salt is stirred in one liter of warm water and beans are placed in it for 10 minutes.

The timing and scheme of planting beans 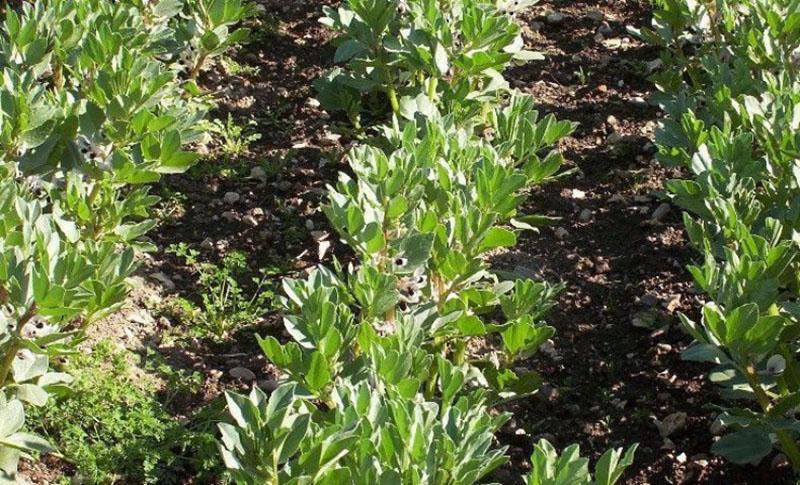 In different regions, the timing of planting legumes in open ground does not coincide. In the conditions of central Russia with a temperate continental climate, as a rule, the period begins in late April or early May. But if you plant them in open ground every month, then the crop (in technical ripeness) can be harvested in most parts of the country until mid-autumn.. 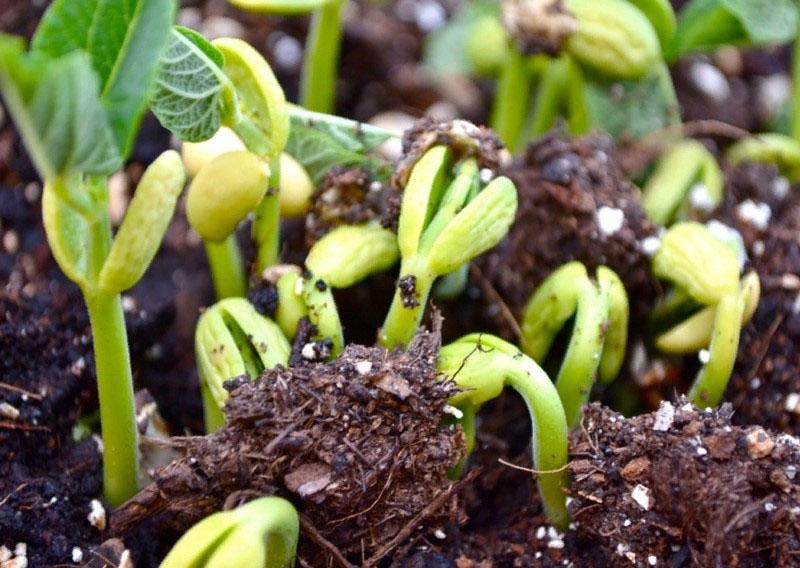 It is customary to plant seeds in several ways, which depend on the chosen agricultural technology for growing beans:

Beans should be planted in manure-fertilized soil no earlier than a year or two.. 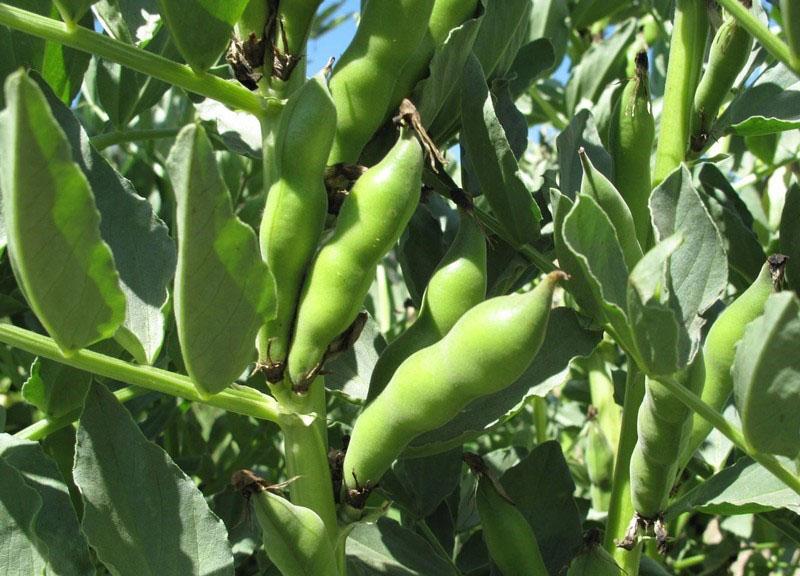 After applying complex mineral fertilizers to the soil, legumes do not lack nutrients, their development is much more active:

A couple of weeks after the emergence of shoots, to increase the nutritional value of the soil, add (in the form of a solution) to 1 m²:

On peat soils, it is necessary to additionally apply micronutrient fertilizers containing copper.

When beans bloom and bear fruit, they need to provide the necessary soil moisture, since during a drought, fruits and flowers fall off. It is quite enough to water 2 times a week, 1 bucket of water per 1 m². 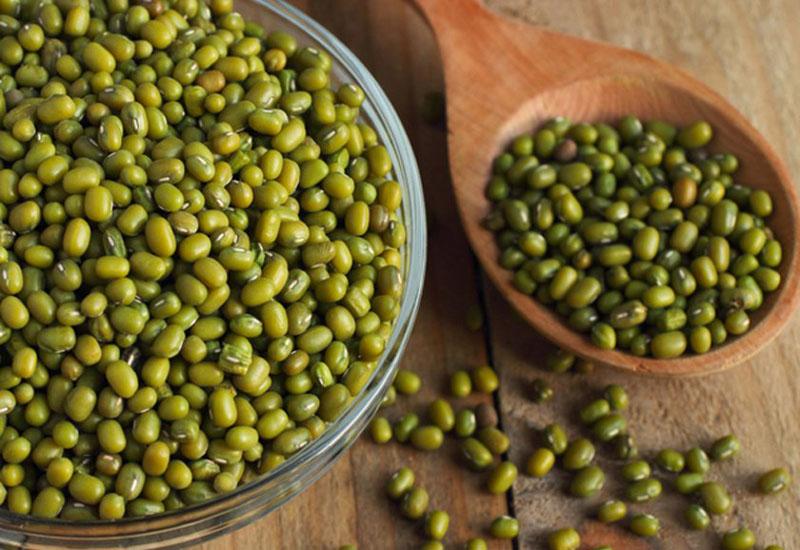 Among the varieties of vegetable beans are early, mid-early, mid-season and late. They are selected depending on the geographic location of the area, the characteristics of the soil on the site and, of course, based on personal preferences..

Black Russian – the oldest variety, early ripening. Differs in stable fruiting. Usually grown in the northern regions of the country. The height of the stem reaches 70 cm. Harvesting can be carried out within a month and a half after planting. Fruits are small, they usually contain no more than 3-4 grains. The fleshy valves do not have a parchment layer, which is why they are preserved in technical ripeness or various dishes are prepared from them.. 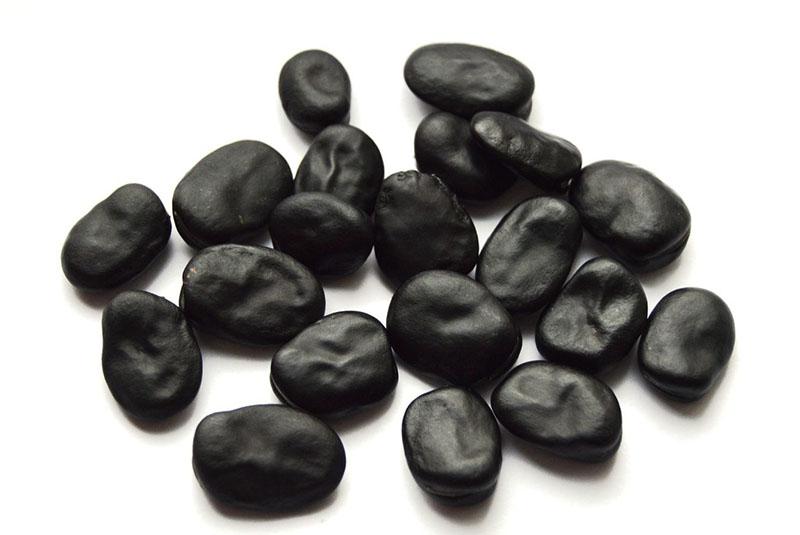 Velena is a medium early bean variety. The first crop can be harvested within 65 days after planting in the ground. And at the stage of seed ripening – after 85 days. Slightly branched stems, grow up to 1 m, yield reaches 0.8 kg / m². 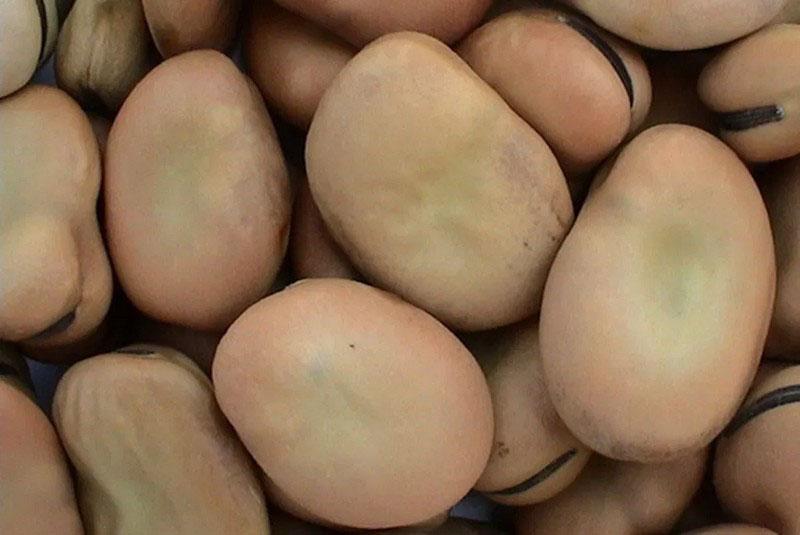 Three times white – mid-ripening variety, from germination to milk-wax ripeness of fruits about 90 days. The height of an erect, medium-leaved plant is about 1.2 m. The beans themselves are green, the valves are thick. The seeds are large, white. The yield of the variety is up to 0.8 kg / m². The variety is resistant to the most common diseases. It is practically not damaged by weevils and pea weevils.. 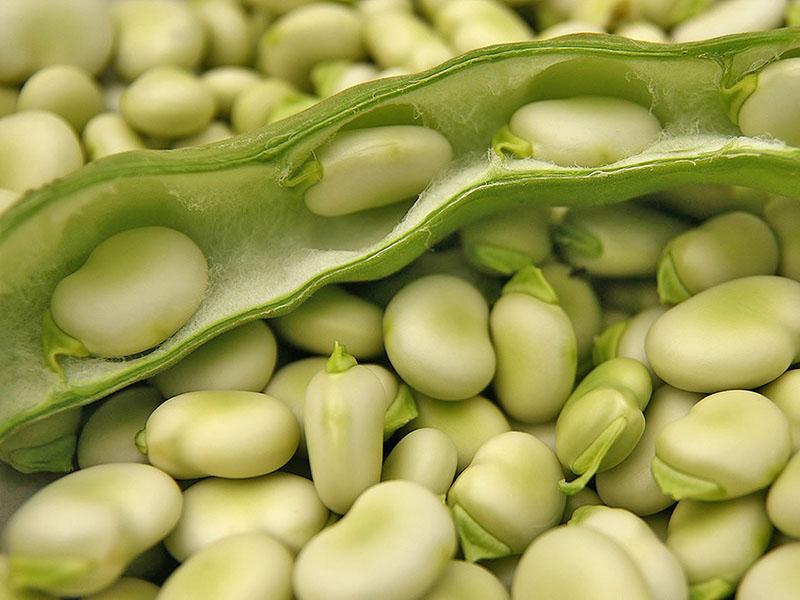 These varieties are suitable for growing beans in the country in the Moscow region and throughout the Non-Black Earth Region. They do not need to be carefully looked after. It is enough to loosen the soil after heavy rains, and water it in time during the dry period. In order for the beans to form pods faster, after the appearance of the ovaries, pinch the tops of the plants.

When to plant beans in Siberia 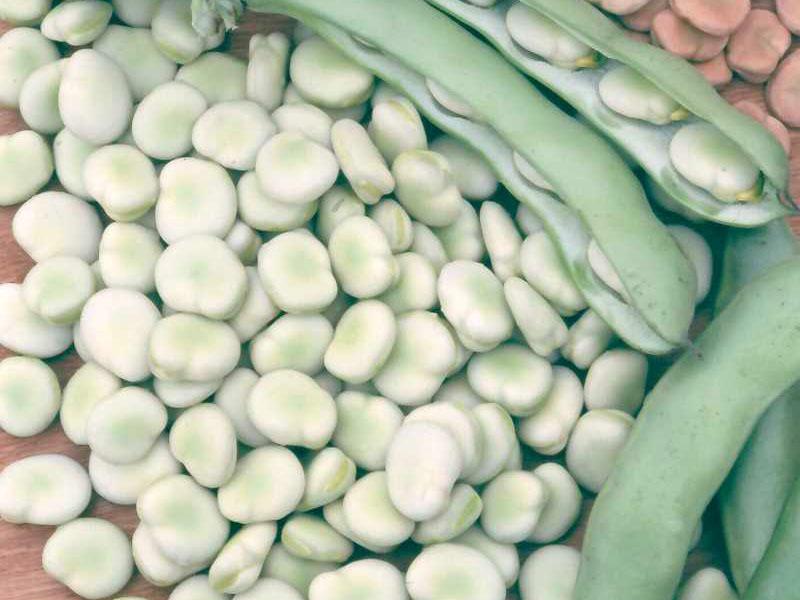 The continental and sharply continental climate of Siberia is quite harsh, even despite all the changes that have been taking place on the entire planet in recent years. Peas and beans in Central and Eastern Siberia should be planted in open ground in the second decade of May, when there is no longer any danger of recurrent frosts. It is better if the predecessors are pumpkin or nightshade – eggplants, tomatoes, peppers, potatoes.

Planting and caring for beans in the open field is carried out everywhere. Dry seeds are usually planted. But in especially cold years, they use the seedling method – they grow seedlings in peat pots. The distance between the nests is at least 10 cm, the seeds are buried by 2.5 cm. Row spacing is left, about 20-25 cm.

The vagaries of the Siberian weather force many gardeners to protect the plantings from destructive cold snaps. Above the beds, temporary light shelters are built from non-woven materials, or the nests are covered with seeds with cut bottles and cans.