What is sweet pepper leaf oedema and how to fix it 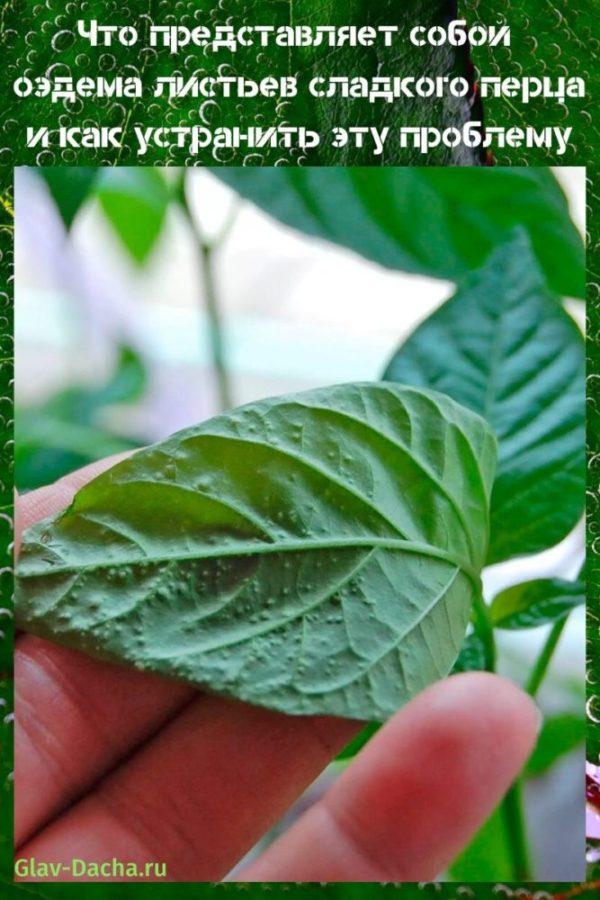 As soon as bumps or bumps appear on the nightshade seedlings, many gardeners begin to panic, believing that they are dealing with aphids, spider mites or some kind of disease. In fact, it is simply the oedema of sweet pepper leaves caused by excess moisture. Nevertheless, if no measures are taken, then such a deviation has a detrimental effect on the yield of the cultivated crop. To successfully cope with it, you need to get to know more about dropsy (popular name).

The main thing is to make the correct diagnosis. 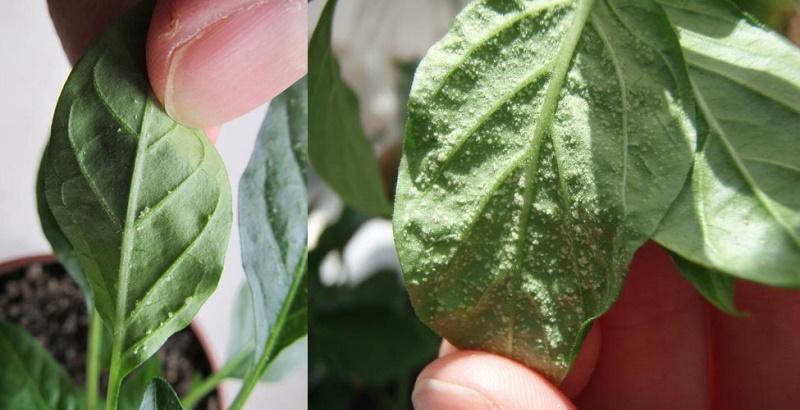 It is worth noting that the oedema of sweet pepper leaves is not attributed to either fungal or viral diseases. If you misdiagnose and spray a healthy crop with chemicals, it will do it a lot of harm..

In order not to confuse dropsy with other diseases, it is worth studying its symptoms:

Despite the progression of dropsy, the plant can continue to grow and appear completely healthy. It has been noticed that sometimes growths affect only individual parts of the seedling.. 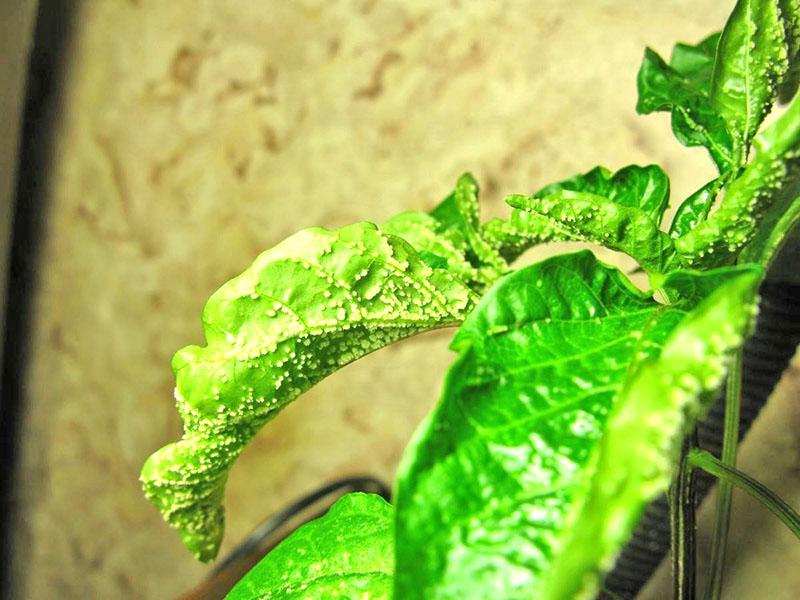 The tubercle dots formed on the underside of the pepper leaf are quite dense to the touch. The swollen formations are somewhat similar to white mold. Although edema does not carry over from one culture to another, it carries with it a hidden danger to the plant. If nothing is done, then this is fraught with the death of leaves, which eventually fall off and deprive the plant of nutrients. However, some peppers are less prone to dropsy than others..

Overfilled seedlings usually die quickly enough. The reason for this is the dying off of the root system.. 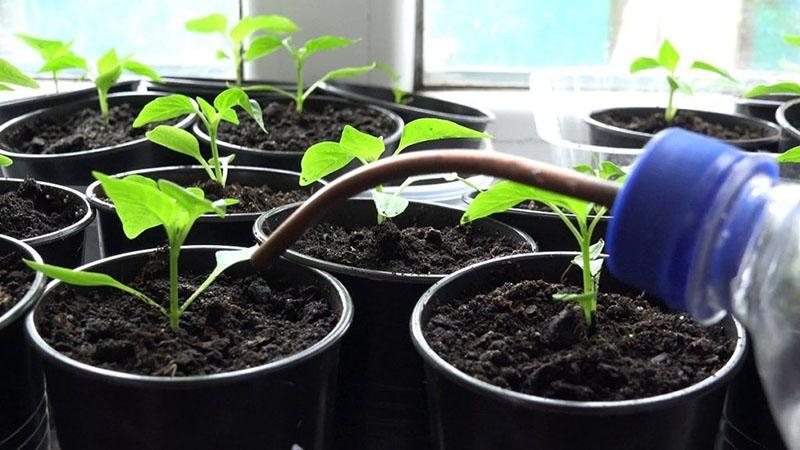 Disturbance in the development of seedlings is caused by excess moisture or lack of lighting. Most often, such swelling is characteristic of greenhouse crops. Irregular watering of seedlings usually leads to the progression of pathology. Usually, gardeners allow the earthy clod to completely dry out or dry out. Then they overly moisturize plants that cannot cope with so much moisture.

Swelling in nightshades is observed due to blockage of the ducts responsible for the evaporation of moisture from the leaves. It is in these places that water bumps are formed.. 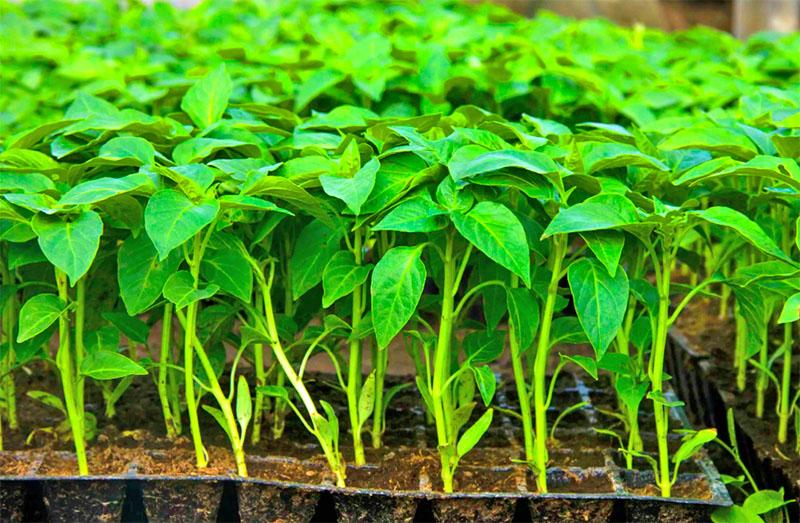 The appearance of such build-ups can be caused by a sharp temperature drop. For example, a farmer watered his seedlings abundantly, after which it got colder. As a result, the soil substrate is overcooled. In addition, the development of dropsy is also affected by the thickening of the bushes or the lack of ventilation in the greenhouse. The appearance of such bubbles is relevant for specimens standing close to each other or located close to the backlight.

Oedema of sweet pepper leaves and methods of dealing with it 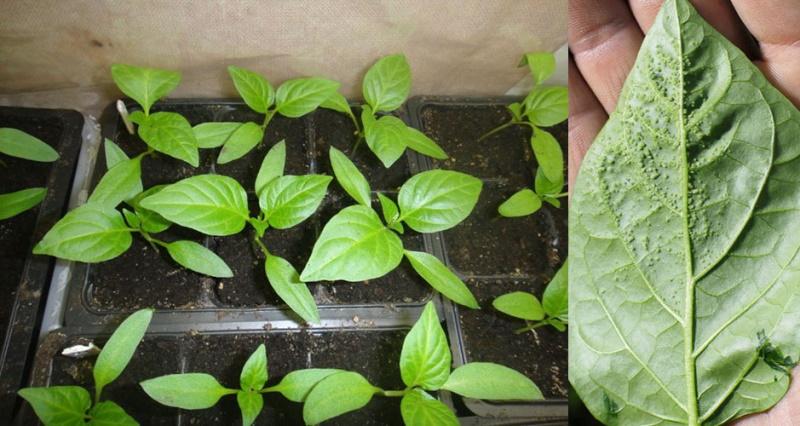 It is impossible to restore a healthy appearance to the affected foliage by any means. Since they are deprived of nutrition, they will simply disappear over time. The only way to stop the progression of dropsy is to eliminate the cause that caused it. To begin with, it is recommended to dry the waterlogged soil mixture. The container with the seedlings is placed on the battery for some time, placing foam under the container. Others advise making a few holes in the bottom of the drawer to help the moisture evaporate faster. Too flooded seedlings are transplanted into a different soil.

A number of simple techniques are used to treat oedema of sweet pepper leaves.:

During the therapeutic course, watering of seedlings is limited as much as possible. In this case, only water at room temperature is used.. 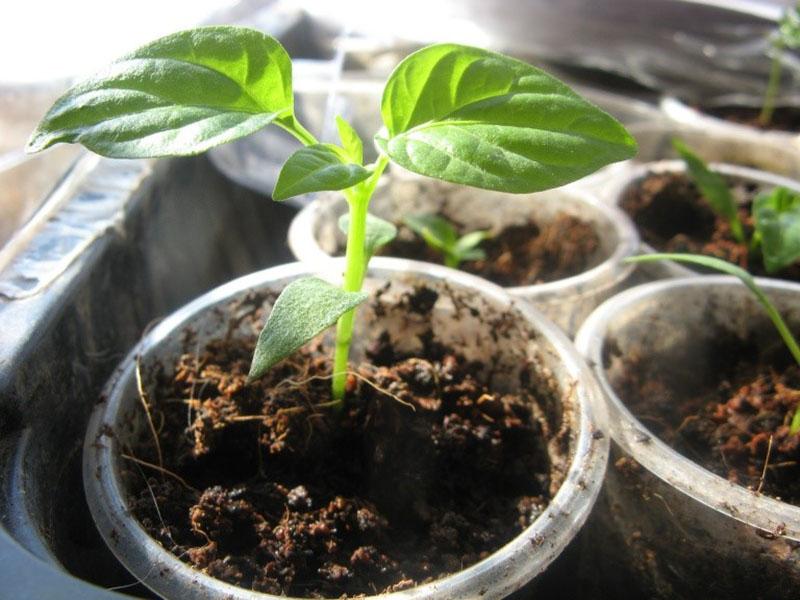 All these procedures negate the formation of new growths on the pepper. Another effective way will be to remove the affected sheets. However, after this, the stem must be buried to the level of the remaining leaves. With elongated seedlings, such an event is not carried out..

As protection of the culture from adverse conditions, the drug Epin is used. The foliage is sprayed with a solution so that the plant can more easily endure the lack of nutrition..

A well-designed drainage container for growing seedlings will help prevent the appearance of dropsy. Expanded clay, broken brick or other materials should be ¼ or 1/5 of the volume of the container. At the same time, when sowing seeds or transplanting seedlings, excessive deepening of the root collar is avoided. Being too deep in the soil, the sprouts can simply “suffocate”. But the substrate is placed at the level of the side of the container.

This provides the potting mix:

Instead of loosening it regularly, some gardeners simply pierce the soil in several places. Too dense soil must be cultivated. 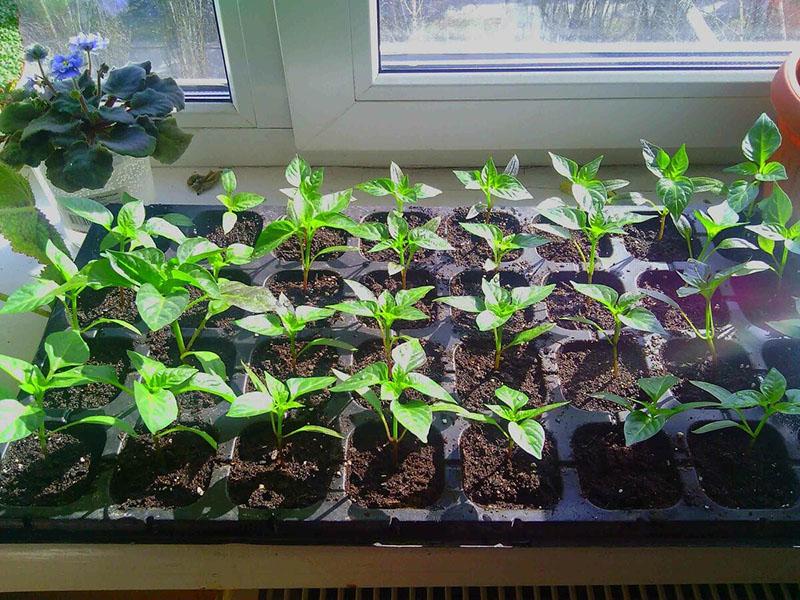 The temperature regime in greenhouses is controlled using heaters or convectors. Still, you should not allow the air to dry out, because this can lead to other kinds of problems. Special phytolamps will help provide pepper seedlings with a sufficient amount of light for 12-14 hours..

The oedema has “understudies” 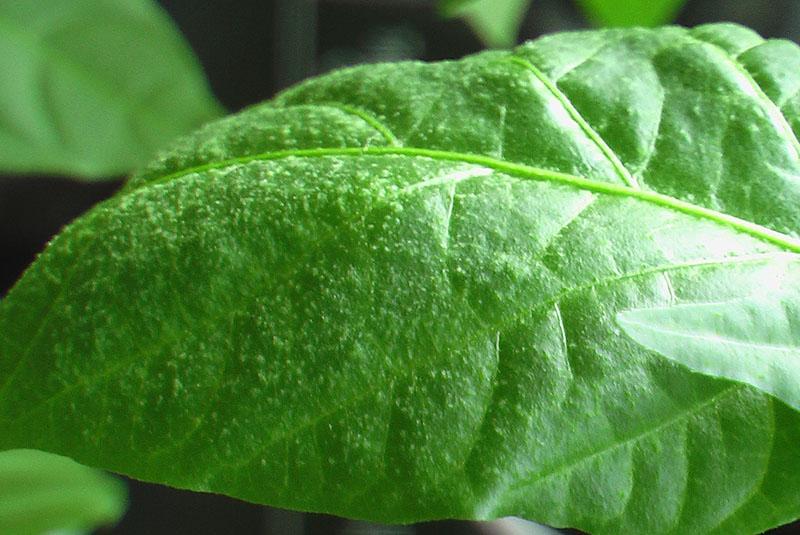 Very often, gardeners confuse dropsy with common diseases of peppers in seedlings. Pimples also occur as a result of the invasion of ticks, aphids, and also scale insects. In such tubercles, insect pests usually settle and lay eggs..

Nevertheless, the main symptoms of the lesion differ significantly from dropsy.:

To distinguish swelling of a culture from damage by dangerous pests, it is necessary to use a magnifying glass. It is better to use lenses with a magnification of 10-20. Insects, as usual, actively move around the plant, so they are easy to spot.

Some farmers recommend planting only dropsy-resistant pepper varieties. These varieties include Druzhok, Gina or Shustrik.

As practice shows, the edema of sweet pepper leaves can be dealt with. It is enough just to regulate proper watering and lighting. However, unfortunately, nothing can be saved from the affected foliage..

Oedema of sweet pepper leaves is not so scary – video