What is called the breadfruit 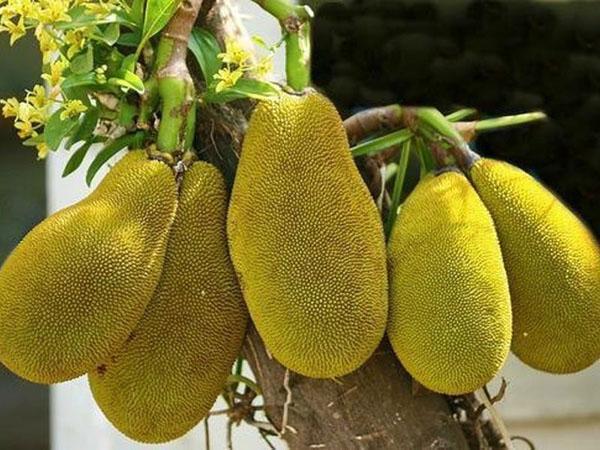 Is the breadfruit a myth or reality? Is there really a tree on planet Earth that bears fruit with loaves of bread, or is it simply called some plant that plays an important role in people’s lives? In fact, there is one tree on Earth, which is called a bread tree, since its fruits are really very similar to bread baked goods..

However, there are other plants that are sometimes called breadfruit, but in this case, this expression is used in a figurative sense..

This article will provide a photo and description of the breadfruit that grows on some islands of the Pacific Ocean, as well as talk about other plants in relation to which this expression is sometimes used.. 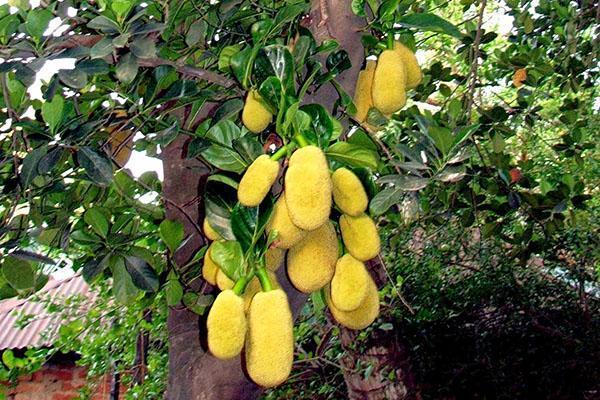 This plant grows on some islands in the Pacific Ocean, especially in its western part.

The tree has a height of about 20 m.The tallest specimens of this tree reach 30 meters in height 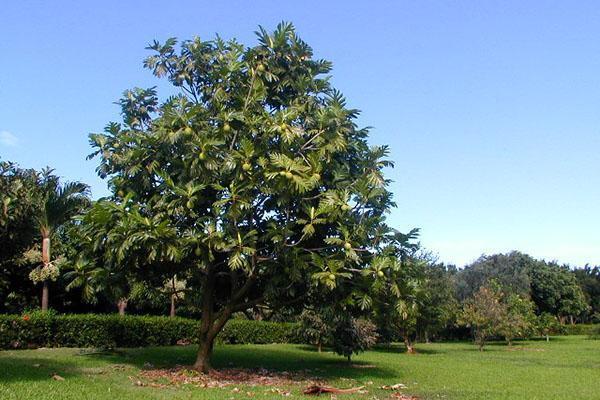 In some areas, the tree is evergreen, in others it periodically sheds leaves, in this matter a lot depends on the climate of the area in which this plant grows.

The life span of this plant is about 70 years..

At first, it blooms with green flowers, and after the formation of the ovary, fruits begin to grow. 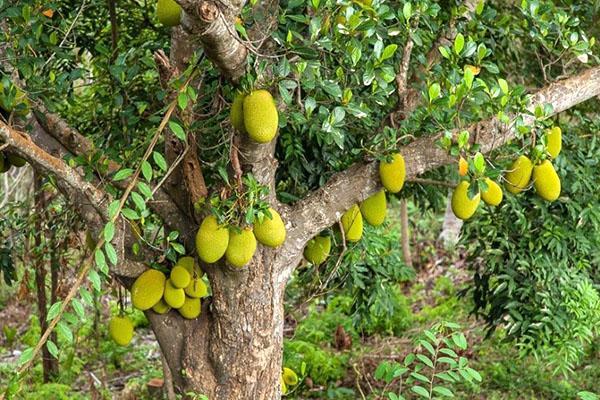 When ripe, they look like a melon. They can have a color of both yellow and some brown shades..

The fruits of one ovary can weigh between 3 and 30 kg. The pulp of ripe fruits is used to bake bread, and that is why the tree began to be called bread. 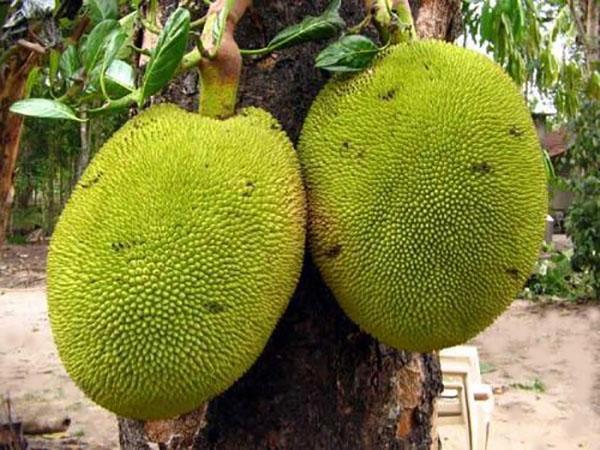 The pulp of ripe fruits is used not only for baking bread. It tastes like potatoes, these fruits are an important part of the nutrition of the peoples living in this area.. 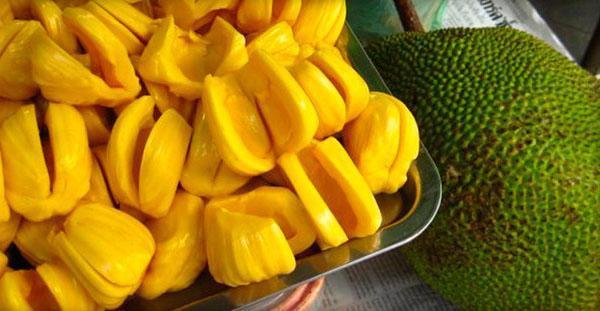 It is interesting that blanks, for example, crackers, made from pulp can be stored for several years without spoiling. This is a very important property of the breadfruit, which allows you to use this plant to the greatest benefit.. 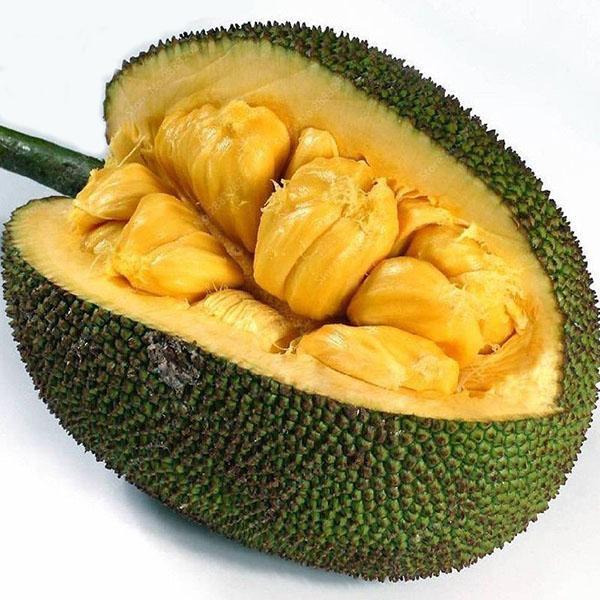 In fact, the use of the fruits of this plant in cooking is very diverse and wide. For example, fruits can be boiled, dried, baked, eaten raw, and even candied.. 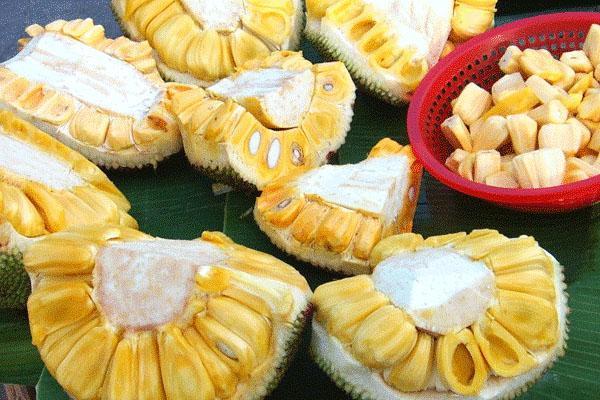 Moreover, the pulp of the plant is used to make bread dough. Fried foods are used as a side dish.

Moreover, the seeds of this plant are also eaten, for example, after pre-roasting..

Breadfruit, belonging to the mulberry family, is beneficial not only due to the growth of fruits on it. The leaves of these trees are fed to animals, and the wood is used for construction purposes. They make boats, furniture from it, and also use it for building houses..

It is believed that this wood is very resistant to the attack of parasites..

Thus, the expression “breadfruit” most often means a plant that actually grows. Sometimes it is also called jackfruit. The fruits of the tree are better known under this name. However, other plants are also called this expression. They will be briefly discussed in the next section..

Sometimes the expression “breadfruit” is applied to the cedar that grows in Siberia. As you know, due to the temperature regime in Siberia, conditions are very harsh, and they are very difficult for the survival of people, animals and plants. Largely thanks to the cedar, life in such a climate is possible. In addition to wood, which is highly valued by the cedar, the microclimate of the cedar forests is such that mushrooms and berries grow in it, animals live freely, and this is important in the harsh Siberian conditions..

In relation to the Cedar, the word “bread” means that this tree literally feeds Siberia and its inhabitants.

In addition, pine nuts are a significant part of the diet of people living in Siberia.. 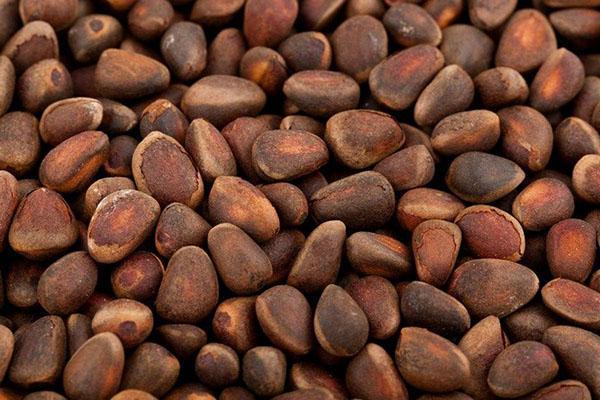 In addition to their high calorie content, they have a great variety of useful properties, minerals and vitamins that the human body needs. Due to the lack of fresh fruits and vegetables in that area, it is thanks to the pine nut that the human body receives a significant part of the nutrients, as well as calories.

The breadfruit is sometimes referred to as a single houseplant, also known as pakhira. This plant looks like jackfruit.. 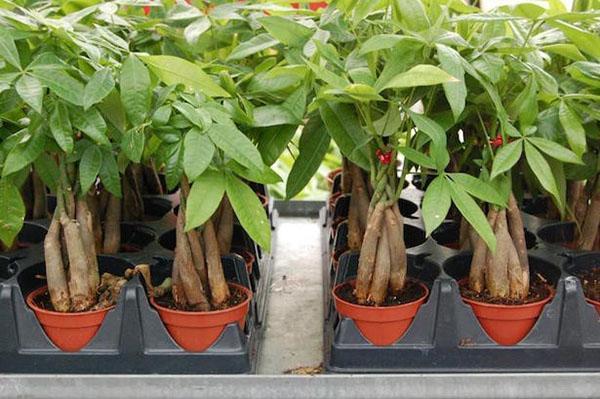 Of course, it does not bear fruit in the same way as a breadfruit. However, these two plants are closely related. In order for such a breadfruit to feel comfortable at home, it needs special care and feeding..

As you can see from the information described in this article, the expression “breadfruit” can mean several plants growing in different parts of the world. Most often, they mean jackfruit – a tree that bears fruits similar to loaves of bread with tasty pulp, similar in taste and nutritional composition to potatoes. In addition, a houseplant can also be called a breadfruit. In a figurative sense of this word, the cedar is called bread – the tree that feeds Siberia.

How to cut a breadfruit – video