Determinant tomato variety, what is it? 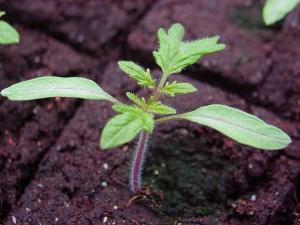 Looking at a bag of tomato seeds, the description shows the type of growth of the plant, which can be determinant or indeterminate. For novice gardeners, these terms are not always clear and are not taken into account when choosing a new variety. A previously unknown tomato sown in a garden without taking into account the type of growth can give either a strong thickening of the plants or an almost empty area, which negatively affects the overall yield. Therefore, the question arises: an indeterminate and determinant tomato, what is it? Let’s take a closer look at these two concepts..

The meaning of the term determinant variety

The term “determinant” itself comes from the word “determination”, which in Latin means restriction, therefore “determinant” means “limited”, and “indeterminate” – “unlimited”.

With regard to the type of tomato growth: determinant – having limited growth, indeterminate – unlimited growth.

What are determinant tomatoes limited to? The growth of the central apex is limited by the flower brush. This happens as follows: at the end of the shoot, an ovary with fruits is formed, and then it stops growing. Further growth of tomato comes from the strongest stepson in the lower axil of the leaf.

Indeterminate tomatoes do not have this limitation. The growth of their central apex occurs without limitation by the flower brush..

See also the article: how to pinch tomatoes in the country?

What is the difference between determinate and indeterminate tomatoes?

Indeterminate is easy to distinguish from determinate tomato even before flowers and fruits appear.

When shoots appear after 3-4 days, the cotyledonous knee straightens out and by its length it is possible to indirectly determine the type of future bush. In indeterminate varieties, it is longer (3-5 cm) than in determinant ones (1-3 cm). However, with a lack of light, the seedling can stretch out strongly and then it is quite difficult to determine which bush will be. In the photo, a seedling of an indeterminate tomato, the hypocotal knee is rather long. 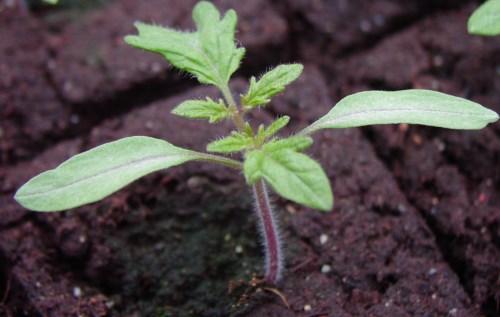 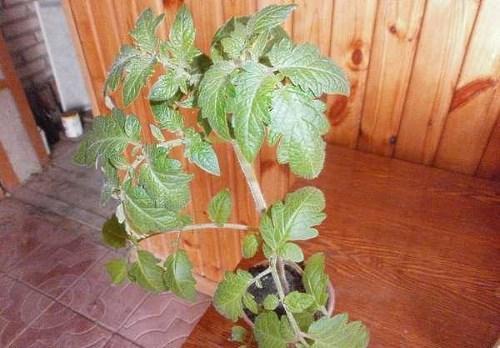 When the plant has long been planted, has grown well and has several tied brushes with fruits, it is difficult to determine the number of leaves before the first ovary, since the seedlings could be buried and part of the stem remained underground.

On a plant of determinant varieties, you can always find a shoot, the growth of which ends in an ovary; indeterminate varieties will not have such a case. The only mistaken acceptance of an indeterminate tomato for a determinant one may be the case when, during the formation of a plant, the shoot is pinched immediately behind the flower brush and it seems that the shoot on it has finished growing. Therefore, you need to be careful and count the leaves between the ovaries as a check..

In the photo you can see how indeterminate varieties grow.. 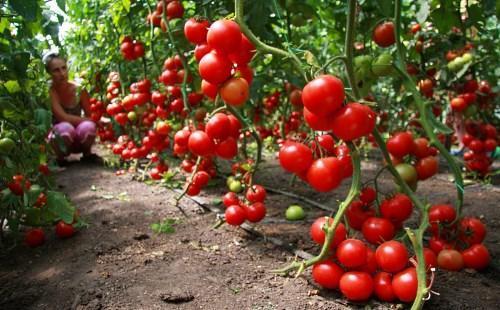 It is believed that indeterminate tomatoes have tall bushes, and determinant ones form undersized plants. This statement is partially true, but there are exceptions..

There are greenhouse tomatoes that form tall plants, but are determinant tomato varieties, forming clusters in less than 3 leaves. These are the majority of modern greenhouse hybrids. There are also standard indeterminate tomatoes that have a low-growing bush, for example, the well-known late-ripening variety Volgogradsky 5/95.

A diagram of various types of bush is shown in the diagram. 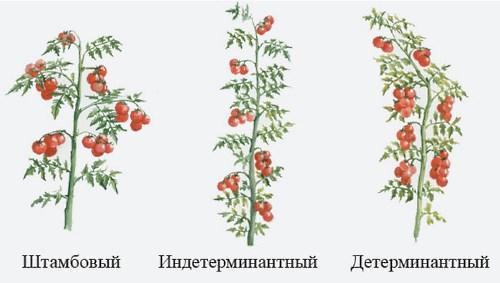 The standard type of bush is in no way associated with branching, the formation of brushes and has corrugated leaves and a thickened central stem that keeps the plant upright even with a large number of fruits and does not require a garter. An example of a standard determinant tomato variety, the photo of which is located below, shows how compact this bush is. 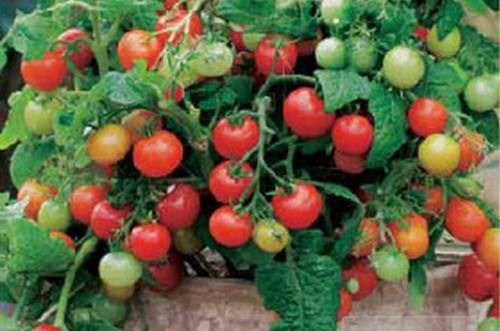 The group of determinant tomato varieties is 4 plant varieties that differ in the degree of growth restriction and have their own characteristics: 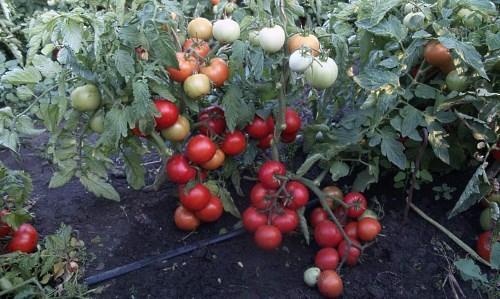 The positive features include the following:

The disadvantages of these tomatoes are as follows:

We hope the article revealed the features of different types of bush, as well as the pros and cons of determinant tomato varieties.. 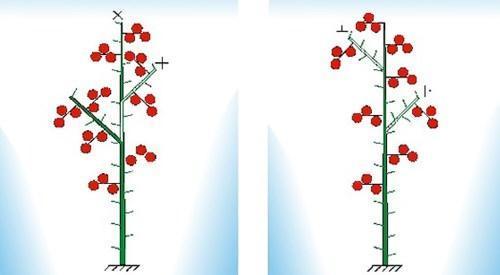 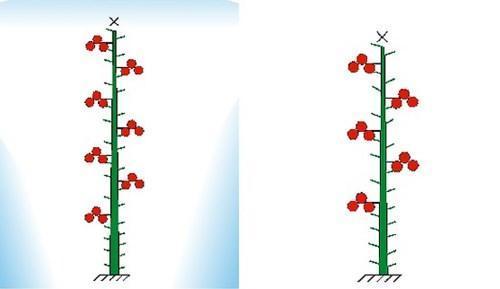