Gooseberry diseases and their treatment 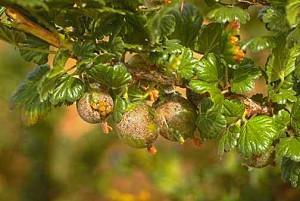 Like other plants, gooseberries can be affected by insect pests. There are also various gooseberry diseases. It is very important to react in time to any of their manifestations and prevent negative effects on plants..

It is important to control the condition of the plant throughout its life. In the event of diseases or the appearance of insects on it, medical measures should be taken immediately. If you ignore these negative factors, you can lose the crop, and in the future, the bush itself. Gooseberry diseases are spreading rapidly as they are all fungal in nature.. 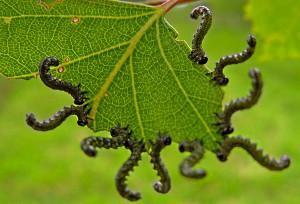 As for insects, they do no less harm than fungal diseases. These are mainly caterpillars and small aphids. They also spread very quickly throughout the plant. This situation causes devastating damage to the plant..

There are situations when the influence of insects is intertwined with the presence of diseases. You need to save the bush immediately. Gooseberry diseases and their treatment must be identified as a matter of priority.

Read the article: the benefits and harms of gooseberries!

The main diseases of the gooseberry are:

The presence of gooseberry diseases is not the only danger in their growth and development. There are also insects – gooseberry pests, which can ruin the entire crop. They have a detrimental effect on foliage, root system and fruits.. 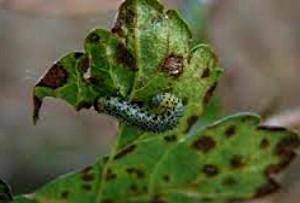 Pale gooseberry sawfly. These are small insects in the form of green larvae. Adults reach 6 cm in size, are dark in color with light spots. They can cause irreparable harm to the plant. Sawfly larvae develop very quickly. They are capable of destroying an entire bush in one or two days. After their harmful influence, only a sinewy structure remains from the leaves, the entire surface of the leaf is destroyed and the plant stops growing.. 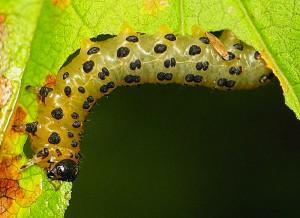 Gooseberry sawfly yellow. The larva is bluish-green in color. Her body is covered with small warts. Adults are red-yellow in color. It is they who do great harm, nibbling the leaves entirely. If this pest is found, measures must be taken.

In the fall, after harvesting, you need to loosen the soil around the bush. You can use a pitchfork. You need to dig it to a depth of at least 10 cm.This will destroy all insects that have hidden for the winter. 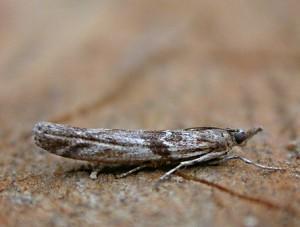 Gooseberry moth. The first sign of the presence of an insect in a plant is fruits and brushes entangled in a cobweb. Eggs are laid in flowers by adults, from which a caterpillar of bright green color with a black head hatches. In this case, the fruits become infected even at the stage of growth and formation, and never matured. They start to rot and dry.

To prevent these unfavorable circumstances, it is necessary:

If there are signs of entanglement with cobwebs, it is necessary to remove these parts of the plant and destroy. 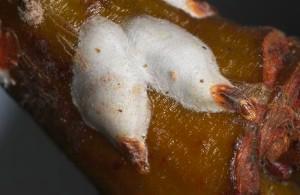 Willow shield. This harmful insect is found in most cases in areas with cold climates. Insect shields are like a spray of lime mortar. Under the veil of these formations are females and eggs of red-violet color. For the winter, the larvae die off, and come to life at the time of the gooseberry flowering. They feed from the sap of a plant through a long proboscis.

To get rid of this parasite, you must: 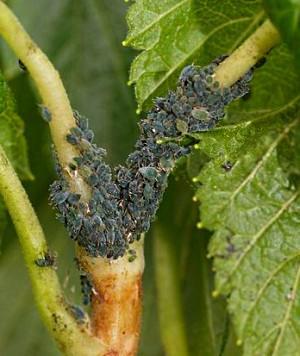 Escaping gooseberry aphid. They appear mainly on young shoots. They look like small green, black and gray bugs, which abundantly stick to the branch, destroying the plant. Shoots, under the influence of parasitic creatures, are deformed, and the leaves become twisted and dull.

The main means of fighting aphids is a solution of laundry soap, water and soda ash. The proportions should be maintained as follows: for 10 liters of water, you need 0.7% soda ash and about 40 grams of laundry soap. Apply the solution by watering or abundantly spraying the plant.

The most reliable preparations for spraying gooseberry plants are Iskra, Fitoverm, Karbofos.

Diseases and pests of gooseberries are manifested mainly at the time of active growth and development of gooseberries. The gardener needs to be very careful during this period (early spring and the turn of May / June).

How to deal with gooseberry diseases?

In case of detection of the first signs of the disease, the following substances must be used: 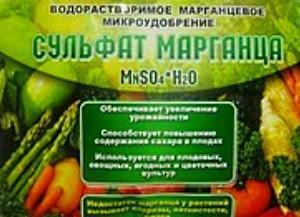 Gooseberry diseases in pictures can be seen in the previous section of the article..

How to grow a healthy gooseberry (fight against aphids, powdery mildew, etc.) video