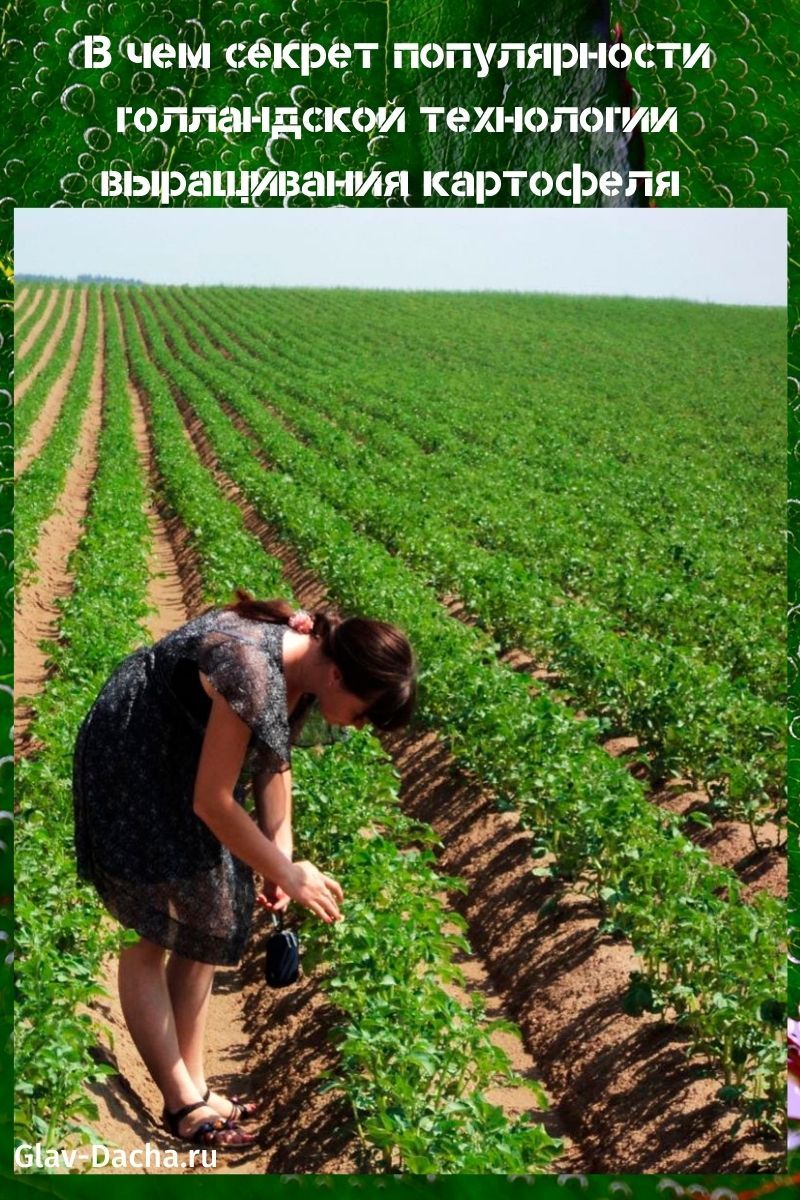 Dutch farmers, despite the small amount of arable land, have managed to develop a unique way to get a high yield of potatoes, even from small plots. Dutch technology for growing potatoes has become the benchmark and has gained immense popularity among many vegetable growers. The essence of this technique is to create the most favorable and comfortable conditions for the development of both tubers and bushes. With the help of Dutch technology, farmers manage to collect up to 45-50 tons of selected crops from 1 hectare, which saves space on small fields and vegetable gardens.

Dutch technology for growing potatoes – the meaning of the method 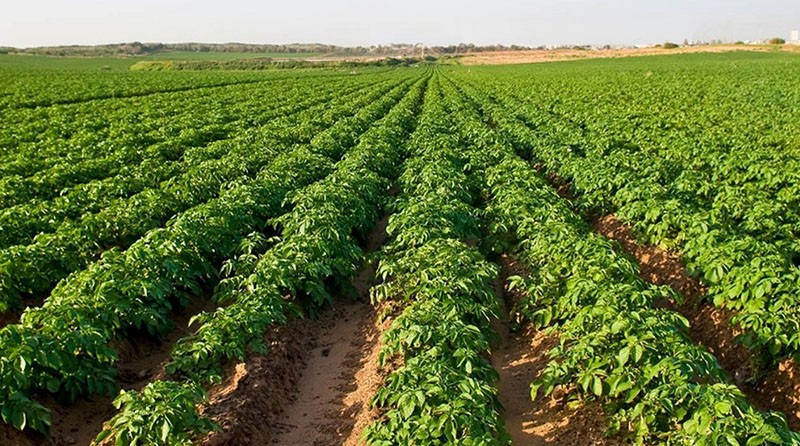 For many years, the Dutch potato growing technology was used only on large farms, where the vegetable crop was cultivated on an industrial scale. Gradually, the universal planting method has gained popularity among ordinary vegetable growers who grow potatoes in small summer cottages..

The principle of the Dutch technique is the use of high-quality seed, undergoing special training, strict control at all stages of potato growth, as well as the use of the ridge method of planting potatoes.

Dutch farmers have completely abandoned the holes and planted potatoes in special grooves. Root crops are planted in formed high ridges, which reliably protect the underground part of the plant from putrefactive processes. The ridges provide the potato bushes with sufficient sunlight and oxygen, promoting full growth and abundant fruiting. 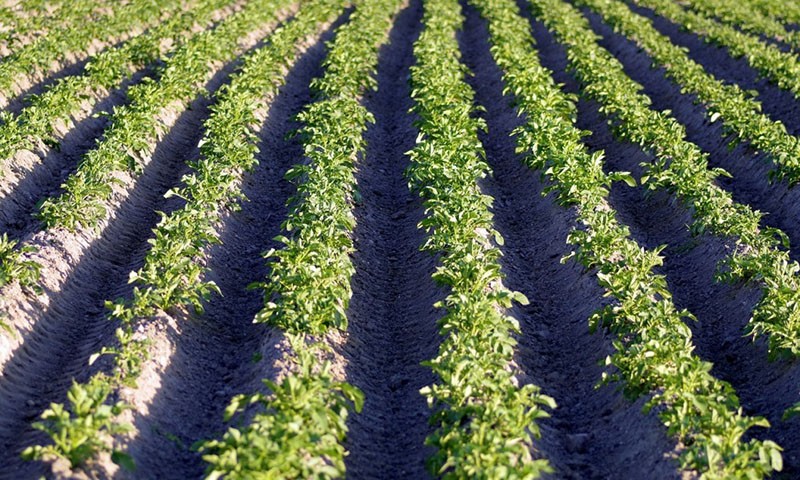 Potatoes according to Dutch technology are planted in a small area with strict adherence to agrotechnical practices regarding the timing of planting and the quality of planting material. The main emphasis is on increased soil aeration and planting potato tubers in high ridges with a wide row spacing.

The main features of the technology:

An important part of Dutch potato cultivation technology is considered to be thorough soil preparation, which improves its friability. It begins in the fall with the digging of the site, the removal of weeds and the introduction of nitrogen-containing dressings..

With the onset of spring, the soil is loosened with a cultivator to a depth of 15 cm and at the same time potassium phosphate, superphosphate or other compounds containing potassium and phosphorus are introduced.

The choice of planting material 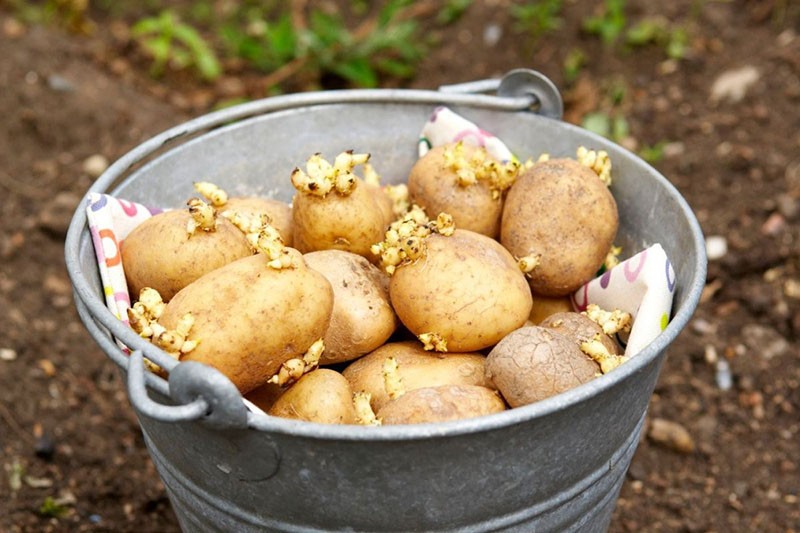 For growing according to Dutch technology, only varietal potatoes purchased from specialized nurseries are used.

The following varieties are best suited for this:

For planting, tubers of medium size up to 4-6 cm and weighing no more than 50-60 g are used. Each potato should have at least 5-6 eyes. 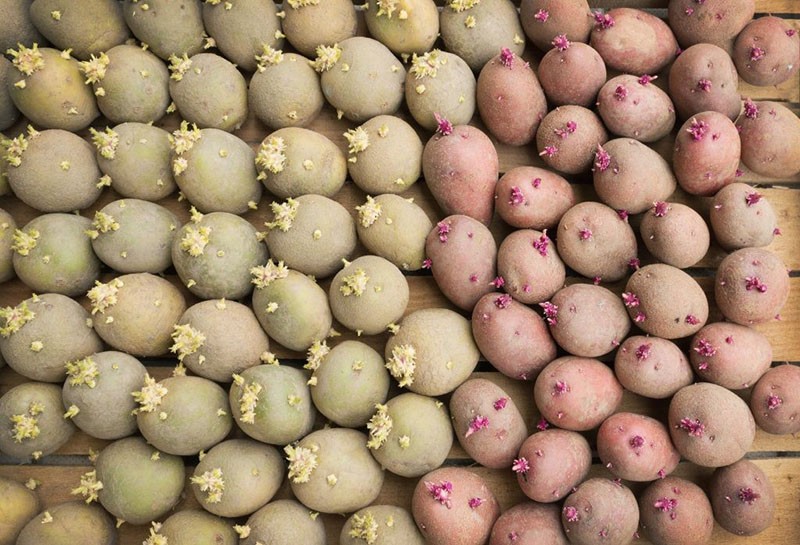 Before planting, the tubers need to be sorted out. Only specimens with sprouts up to 2 cm in size for manual cultivation and 5 mm when using a potato planter are selected for planting. Seedlings that are too long will break off with a mechanical planting method. Therefore, these tubers are used only for manual planting..

The soil must be warmed up to at least + 9 ° C. To check, you can take a handful of earth in your palm and squeeze it slightly – if it crumbles, you can start planting potatoes.

Potato tubers need to germinate 25-30 days before planting. To do this, they are scattered in a thin layer on paper or cotton cloth in a dark place, away from direct sunlight. Optimum temperature for germination – from + 15 ° С to + 18 ° С.

A key feature of the Dutch potato growing technology is considered to be strict adherence and implementation of all agricultural techniques. The slightest deviation from the step-by-step algorithm leads to a decrease in yield.

For planting potatoes using Dutch technology, only a flat, well-lit area is selected. Preferably on a small hill. Lowlands with a high level of groundwater are not suitable for this purpose, as well as areas located in a draft..

The soil on the site should be light and loose. If the soil is very heavy, coarse river sand is introduced, with lightness, the earth is heavier with peat. 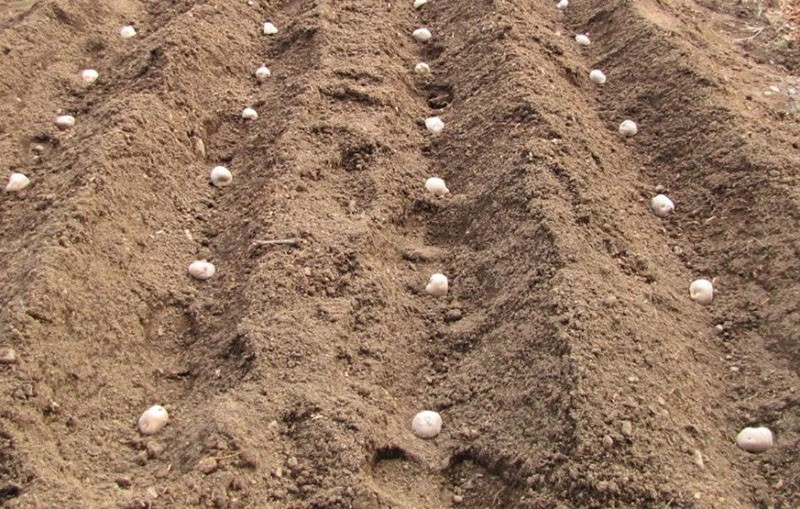 The timing of planting potatoes using Dutch technology depends on the climatic conditions of a particular region. In central Russia, this is the second half of April or early May, when the threat of return frosts has completely passed. If the spring is cool, it is better to postpone planting dates to the end of May or even the beginning of June..

After that, you need to form a high ridge with a cross-sectional area of ​​at least 1500 cm2. This will provide adequate nutrition for the plant root system, improve oxygen supply and allow excess moisture to drain freely between the shafts.. 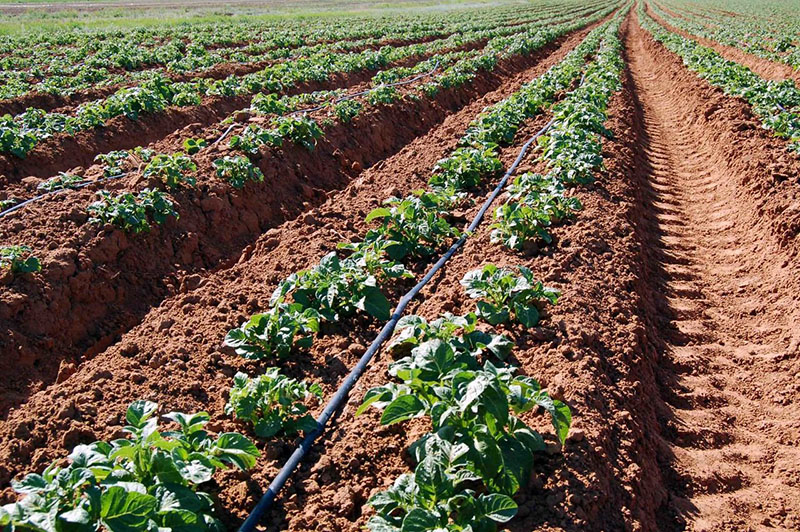 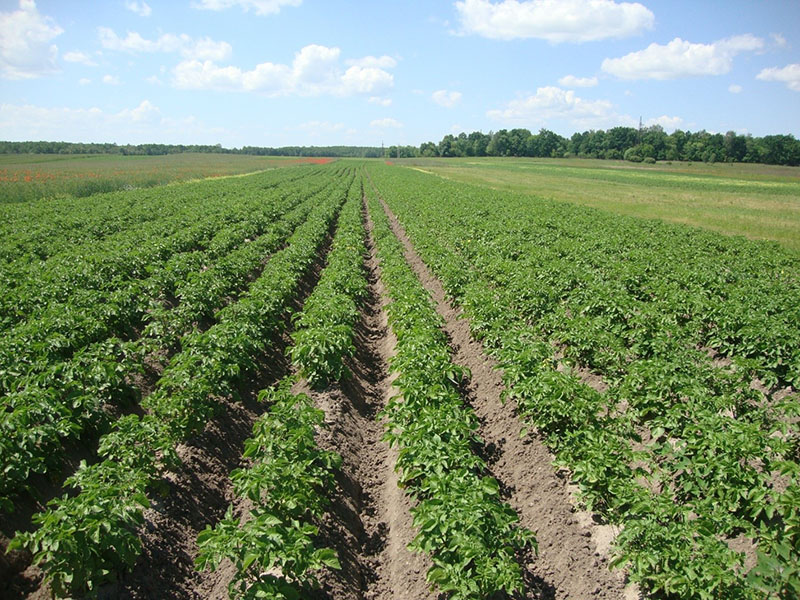 The Dutch technology for growing potatoes is a unique farm development that has gained popularity among vegetable growers all over the world. With strict adherence to all agricultural techniques and subtleties, you can get a generous harvest of potatoes in small areas.