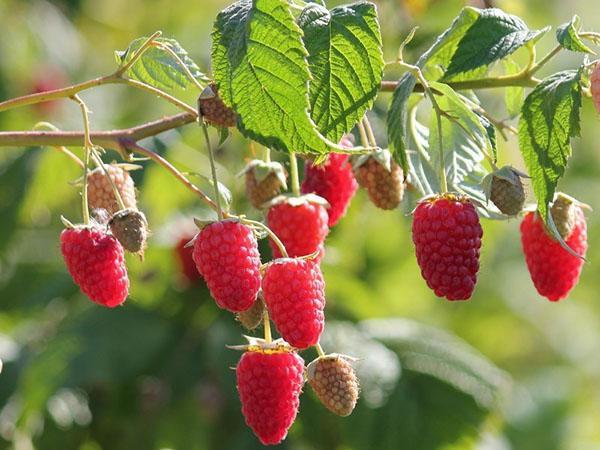 Among the many species, the Gusar raspberry has a special place. It belongs to the group of so-called “golden grades”. The plant differs not only in abundant fruiting, but also in unpretentiousness.. 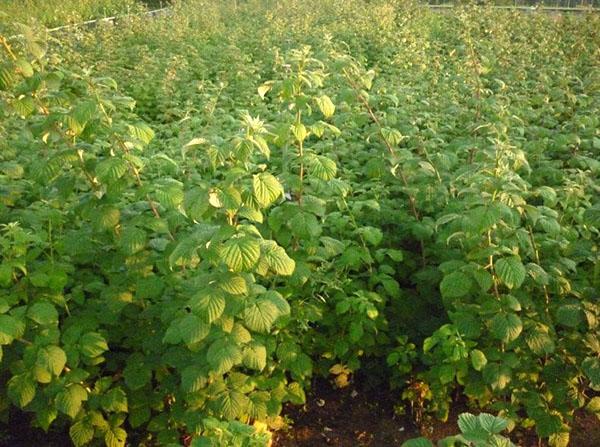 This variety is bred for cultivation in both northern and southern regions. The plant perfectly tolerates severe frosts and dry summers. Such a raspberry is distinguished by a high yield. With proper care, an adult bush reaches 2.7 m in height. Shoots are long, abundantly covered with medium-sized leaves. The plates are deep green with many cuts. Bushes are strong and fairly spreading.

The advantages of the Gusar raspberry variety:

As for the root suckers, up to 10 such shoots can grow from one bush. The berries are medium in size and have a red tint. The fruits are juicy and very aromatic. They all have an elongated shape. Up to 6.5 kg of berries can be harvested from one bush. The weight of one berry varies within 3.5 g. Gusar belongs to early ripening varieties.. 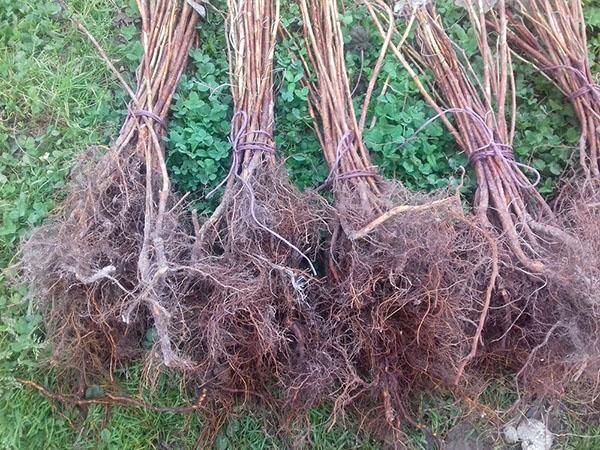 If you want your efforts not to be in vain, then it is necessary, first of all, to choose the planting material correctly. A high-quality seedling should have one shoot no more than 1 cm thick.

Also, special attention will need to be paid to the root system. The length of the roots of a healthy seedling exceeds 15 cm, and the ground part is within 45 cm.Quality material can be purchased in specialized stores.

Planting raspberries of the Gusar variety 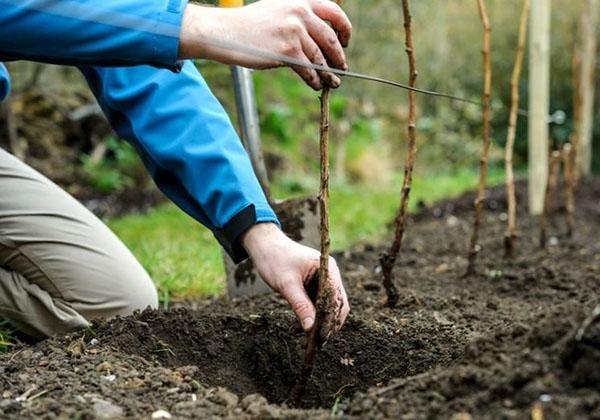 You need to plant raspberries in areas that are well warmed up by the sun. The area should be as flat as possible. Slight inclinations are allowed. At the same time, it is important to ensure that there are no lakes nearby, and the groundwater is as far as possible from the soil surface. This is due to the fact that raspberry Gusar does not tolerate too wet soil poorly..

As for the soil, it should be of medium acidity and light. In areas with a dense substrate that does not allow air and moisture to pass through well, it is not recommended to plant cuttings. In order for the plant to take root well and begin to give a bountiful harvest as soon as possible, planting is carried out in the spring.. 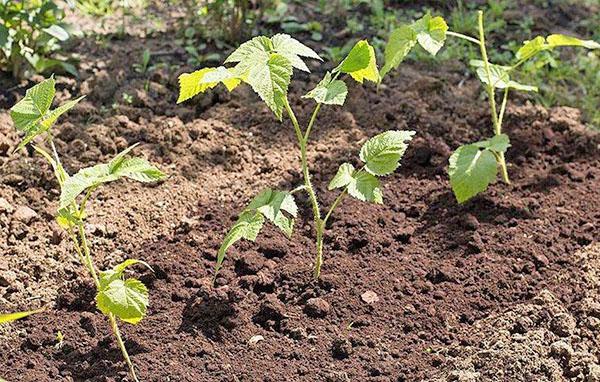 Cuttings that are planted in the fall in most cases do not take root, as they do not tolerate frost well.

It is not necessary to deepen the seedlings much. This will save the root buds from decay.. 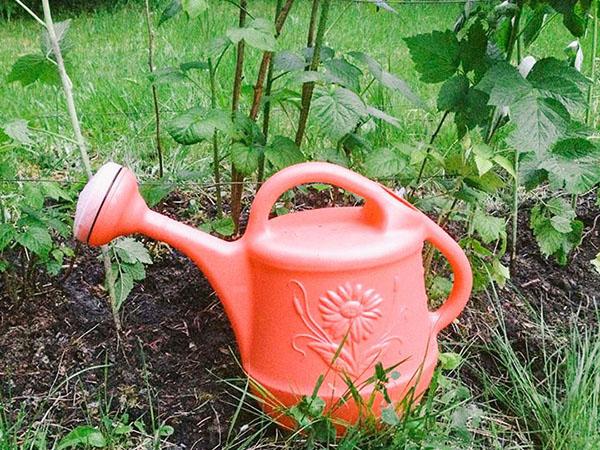 In order to collect the maximum number of berries each season, you must adhere to simple care rules. It is enough to observe watering, as well as to cut and feed the plants in a timely manner..

Despite the fact that the plant is not whimsical, abundant watering is still necessary. Water raspberries frequently, especially on dry days. Pour up to 3 buckets of clean water under every three bushes.. 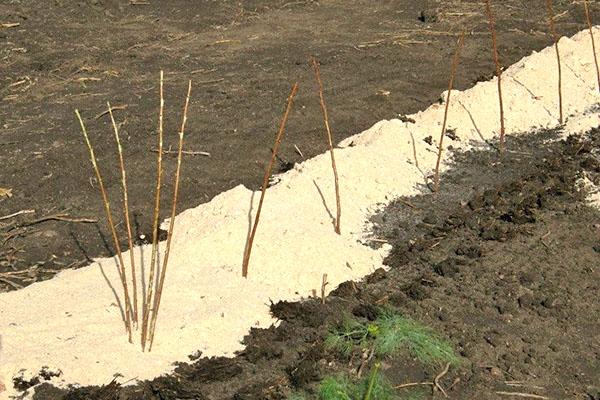 This is an important procedure on which the strength of the root system depends. By mulching the soil around the shoots, the plant receives all the necessary components and additional protection from overheating. To do this, use compost, straw. Manure is also a great option. Less commonly, a mixture of peat and humus is used for these purposes. The mulch ball should be within 5cm. 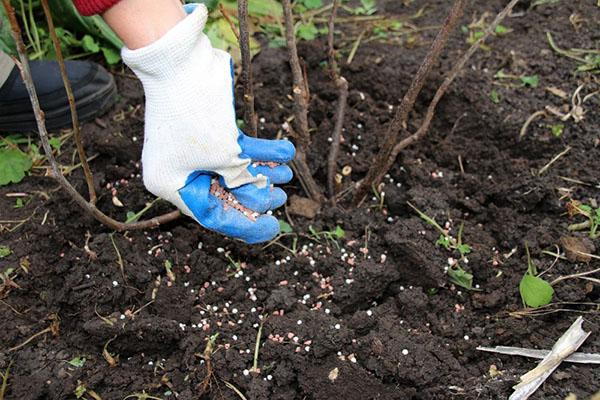 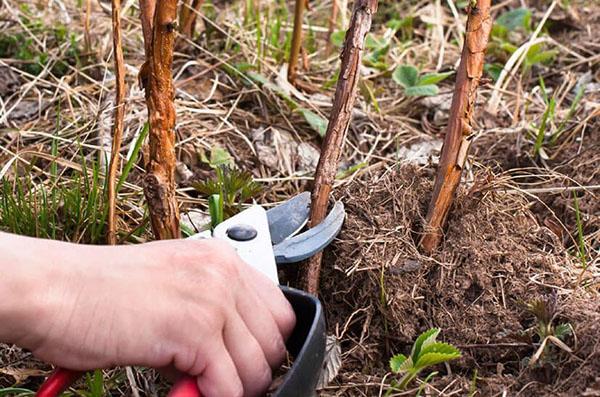 When caring for raspberries, you need to pay special attention to pruning them. In late autumn, remove all deformed, thin and those branches from which the berries were collected. Shoots that are no more than 1 year old need to remove 35 cm of the top.

Also, the revision of the branches is carried out in early spring, after the snow has melted and the earth has dried well. In each bush, 5 to 7 healthy branches are left, and all the rest are cut off near the base..

Since the Gusar variety is distinguished by its rapid growth, pruning of some shoots will need to be carried out throughout the summer. Those branches whose height has reached 1.5 m are shortened by 30 cm.If this is not done, then it will be very difficult to get good fruits from them.

In early autumn, while the branches are still flexible enough, prepare for winter. All clamps of the bushes are removed, and the shoots are carefully folded onto the ground surface. The root part is covered with a thick layer of straw or sawdust. From above, everything is abundantly wrapped in special material. Take shelter off in spring as soon as the snow melts. 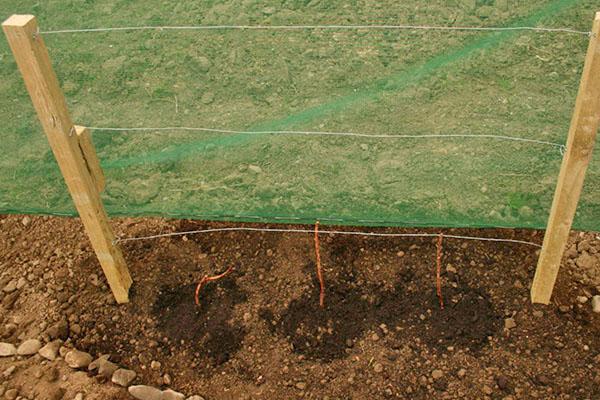 Since the Gusar variety grows to an impressive size, the bushes must be tied up. If this is not done, then the shoots may break..

The garter of the shoots affects the quality and size of the fruit..

If done correctly, the raspberry bushes will take on a neat look, from which it will be easy to pick aromatic berries. Raspberries of the Gusar variety are a real decoration of the garden. Huge shoots and colorful fruits will delight all passers-by.